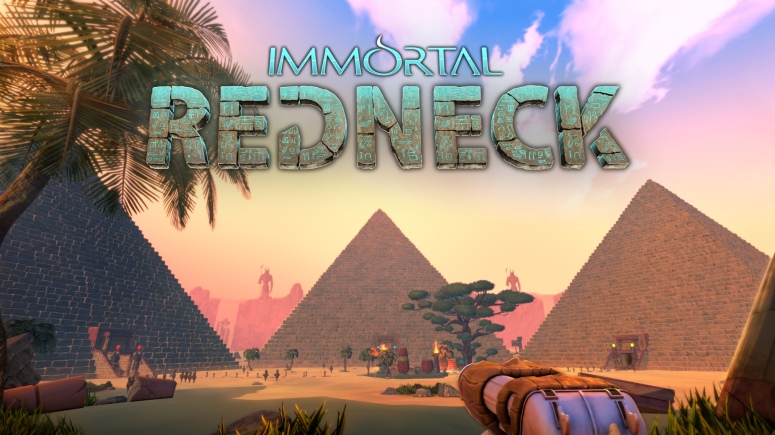 Become the Mythological Mummified Redneck.  RISE FROM YOUR TOMB!!

After dying in a dune buggy wreck in the sands of Egypt, a Redneck resurrects as a mummy hellbent on finding out who wrapped him up. His quest for revenge and answers leads him to three constantly shifting pyramids full of monsters once thought of as legends. With a wild mix of weaponry, blessings from ancient gods, and good-’ol-fashioned FPS skills, the Redneck may just be able to find what he seeks.

These procedurally-generated pyramids serve as proving grounds that test players’ proficiency at old-school FPS techniques like circle-strafing and bunny-hopping. The Redneck is better at dodging bullets than taking them, so fast, evasive play is as important as a quick trigger finger. Zip around vibrant hand-crafted rooms with a graphical style inspired by classic Nintendo games while gunning down malicious monsters who want a tasty, country-fried Redneck for a snack.

More than 50 weapons of the conventional, futuristic, and mystical varieties means there’s always something fun in the Redneck’s future. 100 game-changing scrolls significantly alter playthroughs, but watch out when picking them up. Scrolls range from helpful (more weapon damage!) to harmful (lose current weapon) to just plain bizarre (lower gravity, anyone?).

Dying isn’t the end in Immortal Redneck. Though the pyramids’ layouts change, money gained while inside buys permanent stat upgrades, level modifiers, and new player classes called favors of the gods. These favors each have their own active and passive abilities so everyone can earn something that suits them.

“We’ve been dying (and resurrecting again and again…) to bring Immortal Redneck to the Switch,” said Guillermo Andrades, Co-Founder, Crema. “We know players want more shooters on the system, and we think ours will make them very happy.” 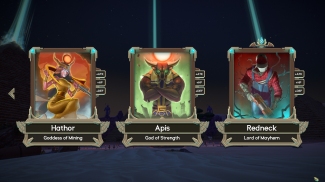 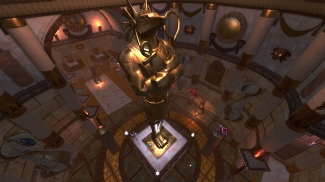 Crema is a Madrid-based Spanish indie developer. After Guillermo Andrades’s original soundboard app Instant Buttons found success in the form of 20 million downloads, the team left their jobs and began making games full-time. Crema wants to keep surviving, pulling in young talent in Spain, and to continue making the games they want to make.

To learn more about Crema please visit their official website.