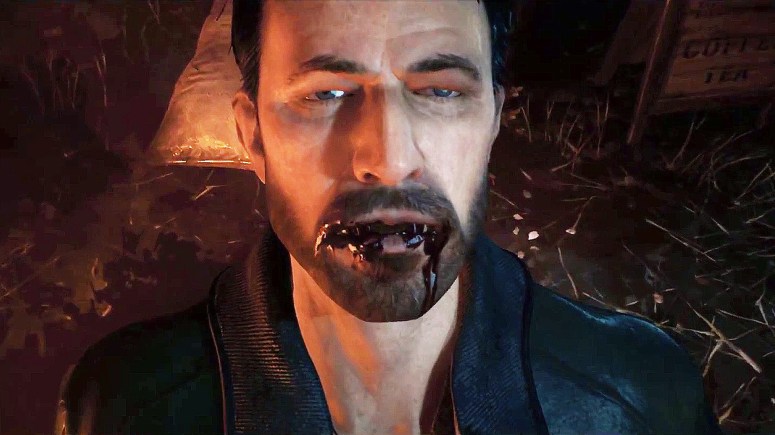 April 5, 2018 – Vampyr, the upcoming action-RPG from DONTNOD Entertainment, will release June 5 on PlayStation 4, Xbox One and PC. The game’s wider narrative arcs are unveiled today in a captivating Story Trailer, brought together with an eerie cover of (Don’t Fear) the Reaper. Returning from the frontlines to a London devastated by war and disease, Dr. Jonathan Reid awakens to a once-hidden world of ungodly creatures, secret societies, and vampire hunts.

In Vampyr, you play as Jonathan Reid, a doctor in 1918 London newly-turned into a vampire following his return from the Great War. His convictions blown away, Reid discovers the existence of a dark new world were supernatural creatures and secret societies live together in the shadows… and he is now part of this world.

As a newborn vampire shattered by an irrepressible thirst of blood and thrust into a strange new world, Reid attempts to interpret the supernatural in the best way he knows how: rational thinking. However, between ancient societies, mysterious murders, and an imminent large-scale vampire hunt, his scientific assurances are challenged like never before. Driven by a personal desire to learn who caused his transformation and why, Jonathan Reid continues working to find a cure to the devastating disease that decimates its citizens.

But doing so, he must confront his nature as a blood-drinker and the terrible temptation to feed on those he swore to protect…

Prowl the disease ridden streets in Vampyr – a darkly atmospheric action RPG from the studio behind ‘Remember Me’ and ‘Life is Strange’, developed using Unreal Engine 4. Set in early 20th century Britain during a bout of the lethal Spanish flu, the streets of London are crippled by disease, violence and fear. In a completely disorganized and ghostly city, those who are either fools, desperate, or unlucky enough to walk the streets lay prey to Britain’s most elusive predators: the Vampires. Emerging from the chaos, a tormented figure awakes; as the player it is you who determines how to harness your new powers, by specializing in deadly, versatile RPG skill-trees that change the way you play. As a doctor recently turned into a Vampire, you try to understand your new affliction. Your quest of intuition, discoveries and struggles, will be filled with death and drama, while your attempt to stem the irrepressible thirst that constantly drives you to take human lives. As you cling to what remains of your humanity, your decisions will ultimately shape the fate of your hero while searching for answers in the coughing, foggy aftermath of the Spanish Flu.

Vampyr releases June 5 on PlayStation 4, Xbox One and PC. Preorders are now available at www.vampyr-game.com

Based in Paris, DONTNOD develops video games for consoles and PC based on original concepts and innovative technologies. Since the release of Remember Me and the critically acclaimed Life Is Strange, the studio is internationally recognized for the quality of its narrative games set in immersive and innovative worlds. Today DONTNOD is working on the narrative-driven RPG Vampyr, a new Life Is Strange game as well as new yet unannounced projects.

Focus Home Interactive is a French publisher based in Paris, France. Known for the quality, diversity and originality of its catalogue, Focus has published and distributed original titles that have become benchmark titles worldwide, available both in store and for download across the world. Focus publishes games on all major platforms, consoles and PC. The publisher’s catalogue will get even richer the coming months and years with eagerly awaited games such as Vampyr, Call of Cthulhu, Insurgency: Sandstorm, Necromunda: Underhive Wars, Werewolf: The Apocalypse and many more.