If you’ve been watching the Marvel Cinematic Universe (MCU for short) films, it’s been no secret that the Thor franchise has always been like that kid at lunch nobody wanted to sit with. Sure, audiences had a good time with the gorgeous visuals and the cast, particularly the relationship between Thor (Chris Hemsworth) and Loki (Tom Hiddleston). However, everything around that wasn’t exactly worthy of picking up Mjolnir. The franchise just didn’t seem to tap into the potential it had right in front of its metaphorical face the entire time, but there just didn’t seem to be any substance to his character. With Thor: Ragnarok, Marvel Studios has decided to find all of these things in director Taika Watiti as a sort of last-ditch attempt for the franchise, hoping to get laughs at any moment, with a great cost of the previous Thor films and the MCU in general. I think Marvel Studios took the metaphor of Ragnarok a bit too literally, because oof.

The film opens with Thor imprisoned at the hands of Sutur (Clancy Brown). Thor being the warrior he is, he escapes his fiery clutches and heads home to Asgard to find that things aren’t the same as he’d left them. Loki has been impersonating Odin (Anthony Hopkins) and has sent him to Earth. When they find Odin, they learn that Hela (Cate Blanchett), AKA The Goddess of Death, has been freed from her prison and she plans to fulfill the prophecy of Ragnarok, or in simpler terms, the end of Asgard and the universe along with it. Before her reign of terror can be put to an end, the boys take a trip to Sakaar, a planet that sends “scappers” like Valkyrie (Tessa Thompson) out to find fighters for The Contest of Champions, run by The Grandmaster (Jeff Goldblum), in which he forces contestants like Thor to unwillingly fight his Champion, The Incredible Hulk (Mark Ruffalo). On the other side of the universe, Hela is kicking Asgardian ass with the help of Skurge (Karl Urban).

Director Taika Waiti’s primary objective for Thor: Ragnarok is to make Thor the most humourous character in the MCU to the breaking point where it took me out of the immersion I was supposed to feel and lead me to start wondering if this was even the same character and not some Saturday Night Live skit that somehow got turned into a film. Sure, Thor is funny in every movie he’s been in, mostly thanks to Joss Whedon. Even when he was funny before, I always had a sense that Thor was a noble character and he was ridiculously strong, with the humor in the backseat. Thor’s just way too funny for a film all about the destruction of the universe. It tonally just doesn’t fit with a character this strong and noble.

Thor: Ragnarok is a movie that will likely upset you if you enjoyed any of the previous Thor films. This is a movie where Thor is outsmarted at every single turn in the film, a man who’s been alive thousands of years. It’s a movie that Hulk’s arrival to Sakaar is mentioned and then never fully addressed. It’s a movie that Waititi dismisses anything and everything in the direction he wants to take the franchise.

Because of jokes are front and center of this film, it often takes detours into subplots that don’t matter to anything currently happening in the scene before or the one that follows. You could honestly cut thirty minutes to an hour out of this film and it would make no difference, but because jokes are the driving force of Thor: Ragnarok, they weren’t cut even if no new details could’ve been learned. These pacing issues are around every corner and leave you hoping for the humor to just stop so that we can get to what you paid to see.

It’s no secret that Marvel Studios has a bit of a villain problem. If you asked me to name five villains, I honestly don’t think I could, unless I went to IMDB or some wiki to look them up. That is no exception with Cate Blanchett as Hela. She’s given almost nothing to do except say something vaguely threatening, do some cool thing, and look menacing until she’s quickly shuffled out of the scene. There’s nothing you can really say that you remember about her performance. Even writing this, I don’t think I can remember a single scene where I felt like Hela would actually do anything to anyone. Blanchett borders on disposable. This is a woman who has won two Oscars based on her performances.

I think this is one case where Marvel Studios would’ve been better served restricting Taika Watiti to just the occasional joke or two, not having that be the main focus. This is a man who put himself in the movie, might I add. You may not notice it’s him, but he plays Korg. This is one of my ultimate pet peeves, when directors insert themselves into their own movies. It pulls me right out of the immersion I’m supposed to be having and makes me realize that I’m watching a movie someone directed.

That said, the main surely has an eye for visuals. Thor: Ragnarok is a visual feast for your eyeballs. I mean, it’s like Watiti took the Jack Kirby Thor comic book panels and put them on the screen. It’s truly a sight to behold. Sure, Dan Hennah and Ra Vincent helped – it’s just wonderful to see what a comic book come to life looks like. The score by Mark Mothersbaugh helped a ton in that regard. It’s one of those scores where you can’t help but to listen right after you walk out of the theater. 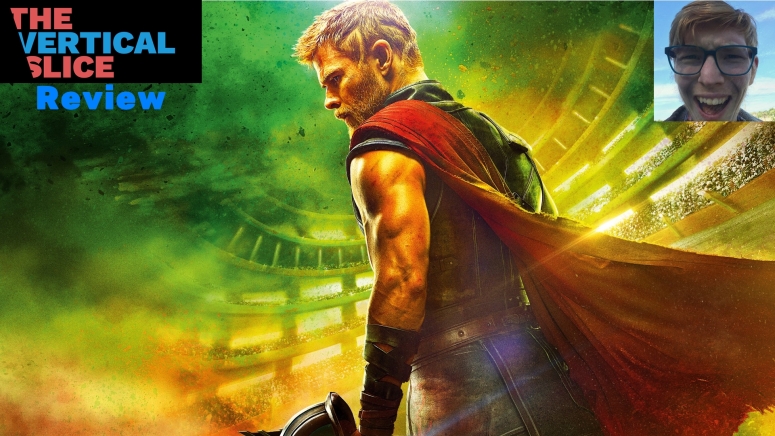 Thor: Ragnarok highlights exactly what a director can do when he’s allowed to run wild, in all the best and worst ways. It’s Jack Kirby’s comic panels brought to life, undermined by the fact that you’re constantly pulled out of the film by its weird jokes and lack of consequences. If Marvel Studios continues the trend of making every film hilarious, this movie lover is getting up and walking off this roller coaster.