About fifteen minutes into my time with Spiral Splatter, I was notified of my latest PS4 trophy; “Splattered 50 times”, the term “splattered” in this context is how many times I died. At first, I found this a little amusing as I had only been playing a short while and this was a good indicator that I wasn’t doing too well. While in it’s early stages, Spiral Splatter doesn’t test your brain power, but rather your patience (or in my case; impatience) by making you race the clock in order to advance stages.

The concept, like most puzzle games, is simple. You control a small circle that you must navigate through a labyrinth without touching the walls of said labyrinth to a target shaped icon that ends the course when you touch it. If you do touch the walls you are splattered and must start the course over. You do this while the game keeps time for you and the faster you make it to the target, the more stars (up to 3; think Angry Birds) you earn, which unlock the next stage. For me, this star rating system becomes some weird obsession where I won’t let myself progress to the next stage without getting all three stars. Unfortunately, this obsession is not proportionate to my hand-eye coordination and this made way for my next PS4 trophy, “Splattered 100 times”.

Throughout Spiral Splatter’s courses, you’re met with different icons that try and mix up the gameplay. These range from checkpoints through the course that allow you to start from them, rather than the beginning of the course upon splattering, black circular icons that act as switches that remove barriers in the way of your goal, and portals that will take you to different sections of the course. However, these little changes that try to spice up the gameplay lend themselves less to excitement and more to frustration as you plan your way through each maze. Actually directing your circle to each of these icons is already challenging and realizing you forgot to press a switch to remove a barrier takes away from the fun instead of adding to it.

This isn’t to say the control in Spiral Splatter is bad, it’s actually pretty tight. The control, however, is probably the best thing you can say about it. There’s not much interesting about anything else and gameplay is, for the most part, a test of your patience. Similar to games like the Dark Souls franchise, it seems mostly about failing over and over again in later stages and learning the best path through trial and error. Unfortunately, once you make it to the target, it is nowhere near as satisfying to conquer like Dark Souls.

What seriously doesn’t help the lack of excitement that Spiral Splatter offers, is the music. Right out of the gate at the title screen, you’re treated to a calm, serene tune that reminds me of an intro to an Enya song. Then, quite irritatingly, this calm and serene song never, ever changes and goes from relaxing to boring and droning until finally, it hits rage inducing levels. It cannot be expressed strongly enough; music goes a long way in a game and could have helped Spiral Splatter go from boring to tolerable as a game to play when you have like 20 minutes of downtime. As it is, however, the music makes it feel like you’re taking an exam in a 300-degree room and all you wanna do after a while is fall asleep or walk out in anger wiping sweat from your face trying to understand why this was somebody’s choice.

Ultimately, Spiral Splatter is an uninspired, by the numbers puzzler that offers nothing new to any gaming library. With so many other puzzle games out there (even quite a few inexpensive ones) that offer new takes on an old genre, Spiral Splatter isn’t something I’m likely to pick up again.

Spiral Splatter is available now on PlayStation 4 and PS Vita for $4.99.  The game is also available on various other platforms/mobile devices.  A copy of the game was generously provided by our friends at Sometimes You. 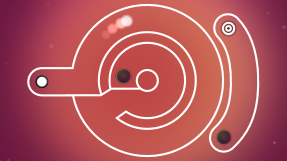 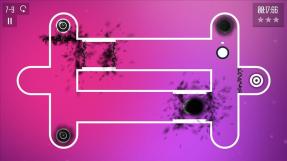