The Numantine War – one of the least known and most significant conflicts in history – can be experienced for the first time in NUMANTIA, a new turn-based strategy game heading to PS4, Xbox One, and Steam next Wednesday. 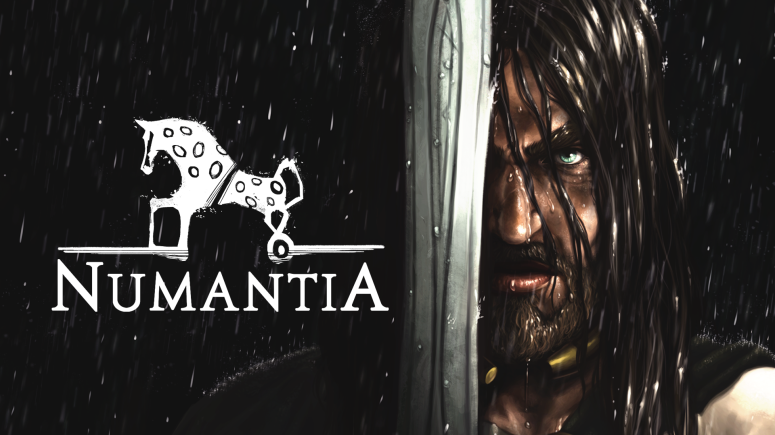 After a series of humiliating defeats over a 20-year war, Rome has decided to send in their best general – Scipio Aemilianus – to put an end to Numantia’s rebellion. With rigorous training and unmatched strategy, Scipio and his elite army gear up for the final battle, which became known as the legendary Siege of Numantia.

Numantians must now face their most fearsome enemy yet, and it’s up to you – playing as the brave Celtiberian tribe of Numantia or the mighty Republican army of Rome – to experience historical events from a whole new perspective.

Experience more than 20 years of conflict in a narrative-driven single-player campaign set in the Iberian Peninsula during the Roman Republic era – or challenge a friend in an offline one-on-one battle. Engage in intense tactical combat as you lead an army of 30 units (including long-range slingers and powerful war heroes) to crush your opponent and secure victory.

Numantia features a robust choice-based event system. The decisions you make can benefit or (if you’re not careful) inadvertently hurt your own army. Will you go on the offensive and engage in endless skirmishes … or will you wait for the right time to strike at the heart of the enemy? Take command, plot a winning strategy, and immerse yourself in historical events that shaped the course of European history in Numantia.

Numantia was accepted by ICEX (España Exportación e Inversiones) as the entity’s first Spanish-made game to receive PR and marketing support in the United States from Novy Unlimited. To learn more about the program, please visit ICEX.

KEY FEATURES
*   Experience a narrative-driven campaign set between 153 B.C. and 133 B.C.
*   Choose between the fearless Celtiberian tribe of Numantia or the mighty Republican army of Rome.
*   Lead a massive army of 30 units – such as spearmen, slingers, cavalry, and even siege machines – in epic battles.
*   Take on the campaign solo or fight a friend in a one-on-one battle.
*   Manage a full-fledged army and witness historical events unfold.

PRICING & AVAILABILITY
Numantia will be available Wednesday, October 25 on PlayStation 4 and Xbox One for $29.99, and Steam for $19.99.

ABOUT RECOTECHNOLOGY
Founded in 2012 by Francisco Encinas – former CEO of Virgin Play (2012) with more than 25 years experience in the audiovisual market and game development – RECOtechnology is an entertainment and media company based in Madrid. The studio’s mission is to always remain on the cutting edge of game development – combining games with other forms of entertainment and shipping retail, boxed, digital, and online versions of its releases. Key members of the studio include CEO Francisco Encinas, marketing director Jaime Arcaya, lead producer Pablo Serrano, and producer Roman Echevarrena. To learn more about RECOtechnology and Numantia, please visit http://www.recotech.es.

ABOUT ICEX
ICEX España Exportación e Inversiones (Spanish Institute for Foreign Trade) is a national public business entity whose mission is to promote the internationalization of Spanish companies. For more information about ICEX, please visit http://www.icex.es.