First DLC for World-Building FPS Gunscape Blasts its Way to PC, PlayStation 4, and Xbox One

Base Game Downloaded more than 350,000 Times; PC to PlayStation 4, PC to Xbox One Cross-Play Supported Soon

SYDNEY – August 30, 2017 – Gunscape, the first-person shooter world-building hybrid from Blowfish Studios with more than 350,000 downloads, just got a terrifying, out-of-this-world makeover with the Seismic Pack on PlayStation 4, Xbox One, Windows, Mac, and Linux. PC to PlayStation 4 and PC to Xbox One cross-play support is now available through a free update.

The sci-fi horror-themed Seismic Pack introduces a new level of tension to Gunscape, adding ghoulish enemies and a suite of level-building tools to the game’s already expansive set, further empowering players to push their creative limits as they create and share single-player and co-op missions in addition to competitive multiplayer maps.

A new game mode will debut with Seismic Pack. In Coin mode players collect gold to gain points in the midst of gun-blazing firefights.

Gunscape provides the means to create and destroy. Single-player and cooperative campaign missions are developed with an easy-to-use interface, and can be uploaded and shared with the entire community. Campaigns and multiplayer maps developed by Blowfish Studios and the Gunscape community are available for anyone who wants to jump right into the fray.

“We’re excited to see how Gunscape’s passionate players incorporate the Seismic Pack’s futuristic horror aesthetic into the content they create,” said Benjamin Lee, CEO, Blowfish Studios. “The talent and imagination players have displayed thus far has been nothing short of astounding, and we are looking forward to the surprises our fans will supply.”

The Seismic DLC pack is now available for $2.99 USD / €2.99.  For more information about Gunscape, please visit the official website. 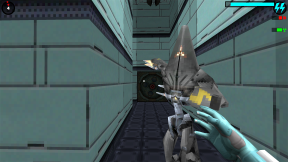 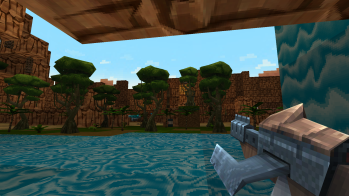 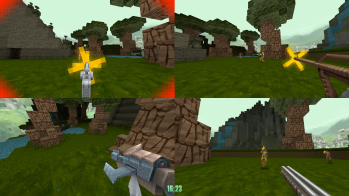 Blowfish Studios is a Sydney–based Australian indie developer. The team strives to develop original multi-platform games with diverse feature sets that appeal to a broad audience, and to have fun in the process! To learn more about Blowfish Studios please visit our official website.