Compete in Injustice 2 Open Invitational Tournament Circuit War of the Gods
More than $15,000 in Cash Prizes Up for Grabs Starting May 20

Injustice 2 players are invited to test their skills and win a share of $15,000 in prize money when the new game and War of the Gods launch later this month.

War of the Gods is a free-to-enter, open tournament circuit open to all Injustice 2 players in the United States and Canada. Interested fighters can find more information about the event and register to participate here.

The action will kick off May 20 with qualifiers at 6:00pm EST. Pools will take place Saturdays over the course of 10 weeks across four months, followed by Top 8 Finals on Tuesdays at 8:00pm EST. Each week, top players will earn a distribution of prize money and league points, which will determine who ultimately participates in the Season Finale on Sept. 17.

War of the Gods will be hosted and broadcast live via Stream.Me, a video platform that gives viewers the ability to simultaneously view multiple players and casters in up to 4K HD video running at 60 frames-per-second. Stream.Me also allows users to blend audio from several streams and combine chat rooms from different sources, granting audiences unmatched control over their experience with Stream.Me’s built-in multi-channel and multi-chat options.

Competitors are invited to broadcast their matches exclusively via Stream.Me. 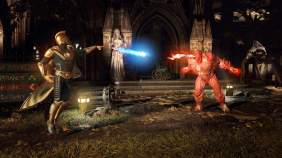 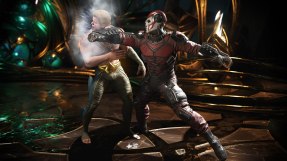 About Stream.Me
Stream.Me is a broadcasting platform based in Austin, TX that empowers viewers and streamers alike with the most advanced broadcasting technology. With up to 4K HD video running at 60 FPS and highly-customizable built-in features, like multi-stream and multi-chat, Stream.Me is bringing a new look to the traditional streaming experience.
For more information on Stream.Me, please visit: https:www.stream.me/