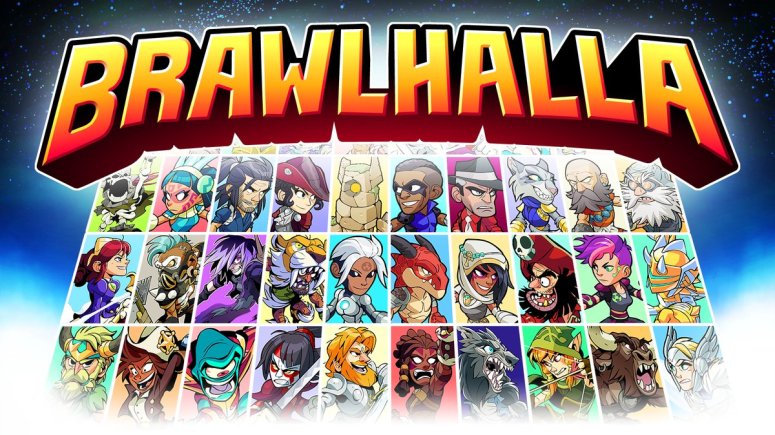 Brawlhalla, the epic free-to-play platform fighter for up to eight players online or locally from Blue Mammoth Games, will begin a closed beta for PlayStation 4 in May 2017. Gamers interested in participating can sign up now at beta.brawlhalla.com.

More than 5.3 million PC gamers have battled in the Grand Tournament of Valhalla on Steam Early Access, making Brawlhalla by far the most played fighting game on Steam in 2016 and 2017. 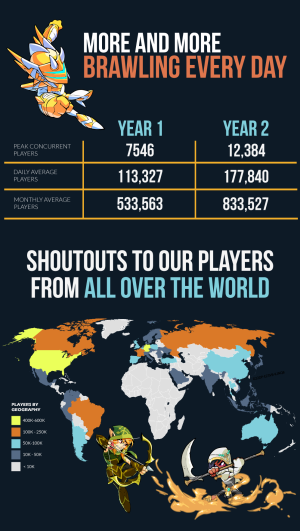 The closed beta will bring an update to the existing Brawlball game mode. Warriors will also have new ground to stomp foes into with the release of a new map, The Colosseum. All of this content will release simultaneously on PC.

In addition, Brawlhalla‘s next legendary warrior, the Kitsune, arrives next week on PC. A wise and powerful fox spirit who wields a hammer and bow, the Kitsune’s signature attacks layout magical snares, introducing a new trap mechanic for area control.

Brawlhalla‘s straightforward controls make the game easy for new players to pick up, while still having the depth to support a thriving competitive community. With more than 30 distinct warriors to choose from, each with two playstyle-altering weapon types, every victory is a spectacle worthy of the gods. 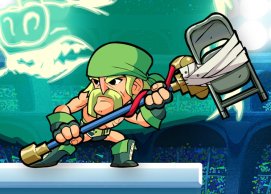 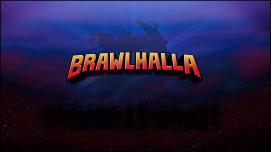 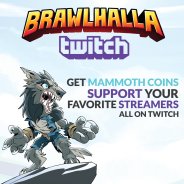 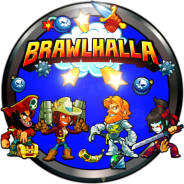 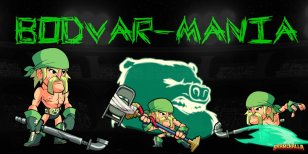 “With its variety of game modes, thrilling action, weekly updates and hand-drawn animation, Brawlhalla is like a Saturday morning cartoon come to life,” says Matt Woomer, co-founder, Blue Mammoth Games. “We couldn’t be happier that PlayStation fans will soon be able to join the ever expanding world of Brawlhalla.”