BRISBANE, Queensland – April 19, 2017 – Forts, the physics-based RTS fromEarthWork Games in which players construct custom bases, arm them to the teeth with a cutting-edge arsenal and blast their enemies’ headquarters to rubble while repelling opponents’ attacks, is available now on Windows via Steam and the Humble Store.

Forts adds base building and real-time combat to the classic cartoon artillery strategy game formula of the 90’s. Managing resources to develop tech-trees and to unlock bigger and better weapons is essential for constructing a dominant base. Selecting one of nine commanders, each bringing special abilities that best fit particular strategies, can also turn the tide of battle.

Up to 8 players can enter battle together in LAN or online multiplayer, teaming up and sharing resources in Co-op Multiplayer or dominating their friends in Team Deathmatch. Latecomers can drop in and take over from the A.I., or observe the destruction raining down upon their friends.

A 28-mission single-player campaign follows Earth’s three remaining factions in their final battle for the world’s resources. Skirmish mode pits players against AI opponents in classic and pre-built battles, as well as custom maps and mods made by the community.

“We’ve packed Forts full of features to provide countless hours of entertainment that can be enjoyed alone or with friends,” says Tim Auld, founder of EarthWork Games. “This is our love letter to the games we grew up playing, combining all of their different elements to deliver a truly one-of-a-kind experience.” 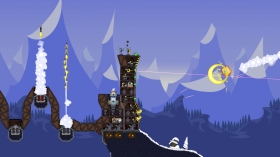 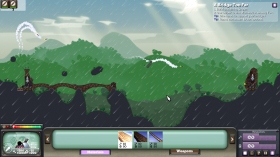 About EarthWork Games
EarthWork Games is a three-person team in Brisbane, Queensland that united to bring Forts to the world. Drawing experience from working on previous games likeAlien Isolation, Hand of Fate, Total War, and Assault Android Cactus, EarthWork Games strives to create fun, high-spirited experiences that bring players together.