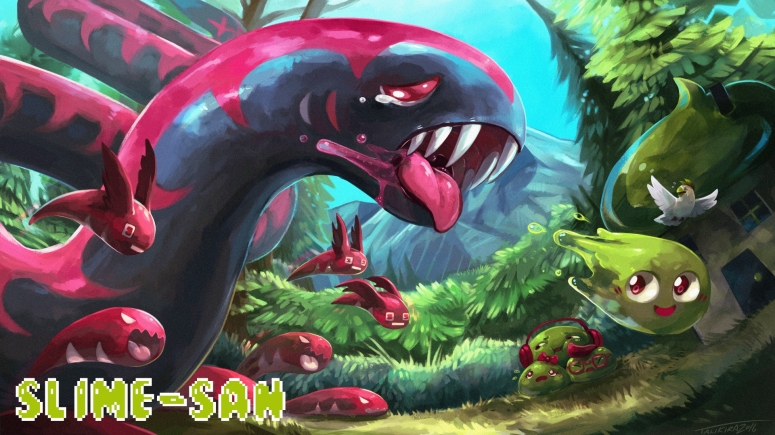 One giant worm, a slimy hero, hundreds of levels and an incredible, all-star soundtrack

Jump and slime your way through 100 levels in a unique 5-colored, pixelated world and escape from a giant worm’s innards. Get your shopping done in Slumptown, a town full of survivors within the worm. Unlock different play styles, outfits, shaders and even multiplayer mini-games!

Slime-san is developed by Fabraz, an independent development studio that also released the critically-acclaimed games Cannon Crasha and Planet Diver.

Make sure to check out the amazing game trailer on YouTube:

Slime-san was minding his own business, sliming around in a peaceful forest when suddenly…A giant worm appeared and gobbled him up!

Now deep within the worm’s belly, Slime-san has to face a decision: Be digested by the incoming wall of stomach acid… Or jump, slide and slime his way through the worm’s intestines and back out its mouth! 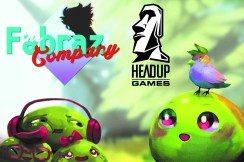 Fabraz is an independent game development studio that prides its diversity both in design, and its developers. Drawing from minds and talent found in New York, Boston, Berlin, Zurich and Bangkok, it is a breeding ground of creativity. Their first game, the critically acclaimed Cannon Crasha, was an action-strategy title released for iOS and Android, and was featured as “…a sure-fire winner!” by Apple. Their second game, Planet Diver, was published on Steam and has been nominated for the Indie Prize, Momocon Indie Awards and was bundled in with the IndieBox. Their newest game, Slime-san, has been part of the official Indie Arena selection and is published by Headup Games. They’re also behind a bunch of other exciting prototypes and game jams! More information on Fabraz is available here.