MADRID — Jan. 24th, 2017 — Spanish publisher BadLand Games is teaming up with The Vanir Project to bring the psychedelic platformer Nightmare Boy to Steam, PlayStation 4, and Xbox One!

“Working with The Vanir Project means fans of mind-bending visuals and non-stop action get another incredible platformer in 2017,” says BadLand Games CEO Luis Quintans.“Nightmare Boy’s creators know their stuff, and we couldn’t pass by the opportunity to bring the game to a wider audience.”

“In developing Nightmare Boy, we wanted to create a game that would be found right next to classic 16- and 32-bit platformers” adds Victor Avila, The Vanir Project’s head programmer.“We hope players will get a kick out of Nightmare Boy’s unique look, atmosphere, and story, while facing unspeakable, unstoppable horrors.”

After unfortunate events result in the disappearance of Aster, Noctum’s king, the balance between Monsters, Mongos, and Dreamers is lost … and chaos engulfs the land of Donorok in the Noctum region. Defenseless against evil, the children of Donorok are trapped in a malevolent wizard’s dreamlike world and forever locked in darkness. Their only hope? Nightmare Boy, who’s ready and willing to enter the nightmare and put his life on the line.

Explore a hell-like open world in your quest to free the children from captivity; each rescued child grants the protagonist special abilities and powers — such as double jumps, projectiles, explosives, and more. Tread carefully when talking or interacting with NPCs: Quirky characters and their reactions can have game-changing consequences. In fact, mere survival is far from guaranteed in Nightmare Boy: Fast reflexes and a taste for exploration are key if you intend to collect rare items, vanquish enemies, and eventually face your deepest fears.

Nightmare Boy is due on Steam, PlayStation 4, and Xbox One in Q3 2017. The game’s Greenlight page can be found here: 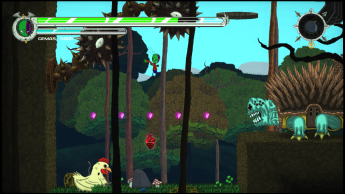 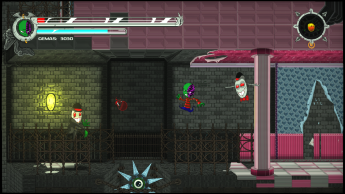 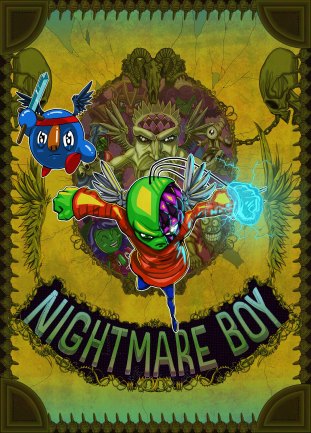 About The Vanir Project

Founded in 2014, The Vanir Project is composed of two talented developers, Mr. Garcai and Víctor Ávila. Mr. Garcai is in charge of the illustrations, design, and writing — while Víctor handles programming, development duties, and animation. Nightmare Boy was created in the duo’s spare time for the purpose of learning how to make video games — but it then grew to become a game they would have wanted to play as kids! To learn more about The Vanir Project and Nightmare Boy, please visit http://www.thevanirproject.com.

Based in Madrid, Spain and established in 2011, BadLand Games is an independent company specializing in the physical distribution and global publishing of video games. In Spain, BadLand Games is the official distributor of AAA titles for all platforms including WRC 6, the Zombie Army Trilogy, and the highly rated Telltale Games titles The Walking Dead and The Wolf Among Us. BadLand Games works hard to support international indie developers by providing a work environment and a commercial and marketing program highlighting BadLand Games’ extensive publishing and distribution experience. Indie titles already published include Anima: Gate of Memories, Heart&Slash, Dex, Zenith, Dead Synchronicity: Tomorrow Comes Today, Castles, Ginger: Beyond the Crystal — and the in-house developed game, Awe. To learn more about BadLand Games, please visit http://badlandgames.com.