The independent studio making Perception, featuring a young, blind woman caught in a deadly game of cat and mouse, additionally reveals the game is coming to PlayStation 4.

The Deep End Games is pleased to announce a partnership with Feardemic, a brand-new publishing label owned by Layers of Fear developer Bloober Team, which specializes in releasing independent horror games. Perception’s release will mark the label’s inauguration.

Perception is a first-person narrative horror adventure featuring a young, blind woman who depends on her razor-sharp hearing to solve an ancient mystery and survive the forces that pursue her.

In addition to the PC version, which was originally funded on Kickstarter, the team is now simultaneously working on the game for PlayStation 4. Both versions are set to release this year. The team just announced the PS4 version via the PlayStation Blog, where you can find more info.

“We have had an overwhelming number of requests to bring Perception to PlayStation 4 players. Needless to say, we’re stoked to make this happen!” said Bill Gardner, creative director at The Deep End Games. “It’s also fantastic to have a great publishing partner like Feardemic to help ship the game, allowing us to focus on development as much as possible.” 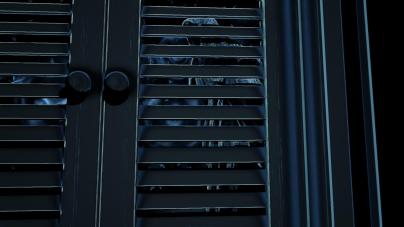 “We couldn’t dream of a better partner than The Deep End Games to commence our work in the publishing industry,” said Marta Matyjewicz, marketing manager at Feardemic. “We’re excited to work with Perception, and honoured that we have the opportunity to deliver this unique horror experience to players on PC and PS4.”

Perception is a trademark of The Deep End Games.

About Feardemic
Feardemic is an independent video game software publisher, based in Krakow, Poland. We are interested in publishing only exceptional and ambitious psychological horror games.

We’re all about unconventional ways of thinking, and we build up a unique strategy for each title we work with. As a company, we have a developer background ourselves, so we have a pretty solid grasp of how things work from the other side. We do what we do because we’re truly passionate about good psychological horror and we’d love to see more and more of it.

So, dear developer – if you’re making a psychological horror game, and you think it’s something really groundbreaking – hit us up. You won’t find a better publisher for your game.

About Perception
Perception is a first-person narrative horror adventure that tells the story of Cassie, a blind heroine who uses her extraordinary hearing and razor-sharp wits to unravel the mysteries of an abandoned estate that haunts her dreams.

After months of research, she discovers an abandoned mansion in Gloucester, MA. Once there, Cassie finds that Echo Bluff is worse than her nightmares. A ghostly Presence has tormented its inhabitants over generations, and it now haunts Cassie. She must solve the estate’s mysteries or become one of its victims.

Cassie finds her way by tapping her cane and can “see” via echolocation. She needs to avoid detection and uses ambient sounds of the house to help her navigate or uses objects to create distractions.  Every sound creates a visual. But there is a cost…sound will attract your enemies and reveal your location.