Help the restless soul of a murder victim find peace by tracking down the culprit in this paranormal investigation. 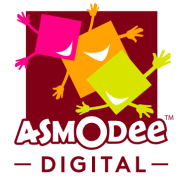 Paris, January 12, 2017 – Asmodee Digital, an international publisher and distributor of digital games and Playsoft, a world-renowned game developer, have announced the release of Mysterium for iOS, Android and PC. Mysterium, winner of numerous awards such as the Golden Geek and As d’Or 2016 Game of the Year, has been captivating players since its tabletop launch with more than 300,000 units sold worldwide. Created by Oleksandr Nevskiy and Oleg Sidorenko and published by Libellud, Mysterium has become a board game staple in many households. Today, thanks to the brilliant work of Asmodee Digital and Playsoft, the mystery of the Warwick Mansion ghost comes to life on iOS, Android and PC devices in an accurate and beautiful digital adaptation.

Mysterium is a cooperative deduction game that challenges players to solve a crime that was committed on the grounds of Warwick manor. One player takes on the role of a restless ghost who is tasked with revealing the guilty character to a team of psychics. The other players make up this team of psychics, receiving visions and interpreting them to the best of their abilities in order to narrow down the list of suspects. But, the time is ticking—if players take too long to discover the truth, the bridge between the mortal and supernatural worlds disappears and the tormented ghost must sadly wait another year for its soul to pass on!

“Mysterium was born out of love for the dark and unsettling, which the paranormal world perfectly encapsulates” says Alexandre David, Asmodee Digital Product Manager. “Our aim was to create a flawless digital adaptation for the fans and at the same time devise a mysterious and brooding game with fun and excitement that everyone could enjoy.”

Mysterium allows players from all over the world to investigate together in multiplayer mode and cooperate through an in-game chat that enables fellow players to point out visual clues on a card. Players can also share their visions with other psychics and approve or reject their choices with clairvoyance tokens. In Mysterium, up to 7 players can join together for fun and engaging games. And for those who wish to enter the manor alone, a story mode offers players the possibility to discover the culprit, the murder location, and the weapon through a several hours-long investigation filled with exciting twists and turns. 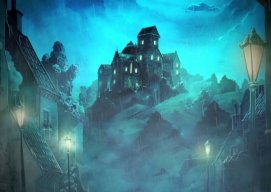 Asmodee Digital, a fully owned subsidiary of the Asmodee Group, is an international publisher and distributor of digital games. Asmodee Digital manages the conception, publishing, marketing and distribution of board and card games on the app stores of Apple, Google, Steam and Amazon. Asmodee Digital designs and publishes games not only for the Asmodee Group (Asmodee Editions, Days of Wonder, Fantasy Flight Games) but also for third party publishers. The Asmodee Digital catalogue includes best-selling digital games such as Ticket to Ride, Splendor, Small World 2, Spot It! Dobble Challenges and digital versions of many other well-known board games.

Libellud, a French board game publisher founded in 2008, quickly rose to fame with the success of its first game Dixit. This game by Jean-Louis Roubira and illustrated by Marie Cardouat won the hearts of both the public and the critics. Dixit is sold around the world and has won many international awards including the prestigious Spiel des Jahres in 2010. In 8 years, it has become a pillar in the board game landscape. Libellud favors developing original games focused on the imaginary, about sharing and dreaming, which allows for the creation of a real atmosphere around the game. With games like Dixit, Seasons, Loony Quest, Mysterium or the upcoming Dice Forge, Libellud is exploring new ludic horizons to reach both families and specialists.

iGames was founded in 2009 by Ukrainian board games creators Oleksadr Nevskiy and Oleg Sidorenko with a mission to develop high quality board games.  Their first publication was My Happy Farm in 2011.  After two years of development, iGames launched Mysterium in 2013 to great reception from gamers worldwide. iGames granted the publishing of Mysterium to Libellud in most European countries and in the US.  Pirates of the Seven Seas and Hidden Signs, an expansion to Mysterium, were both created in 2016 by iGames.

iGames was founded in 2009 by Ukrainian design team, Oleksadr Nevskiy and Oleg Sidorenko with a mission to develop and publish high quality board games of both their own and others’ design. Their first game, My Happy Farm, was published in 2011 and nominated for an Origins Award for Best Children’s, Family or Party Game.  In 2015, iGames released their greatest success to date, award-winning Mysterium. Mysterium features an unusual style of cooperative play, accessible rules, and has found acclaim among gamers worldwide.  iGames is dedicated to the design and development of many genres of game design but aims to games that provide a fun experience for all levels of players. Their latest titles include Pirates of the Seven Seas, Behind the Throne, and Hidden Signs, an expansion to Mysterium.