LOS ANGELES (Jan. 5, 2017) – Fans of FINAL FANTASY® BRAVE EXVIUS®, the free-to-play FINAL FANTASY® mobile game, are in for a surprise this month as internationally acclaimed recording artist and actress Ariana Grande will lend her likeness to the hit RPG. The collaboration with the superstar is further detailed in a new video, which can be viewed on YouTube: https://youtu.be/NcoubpSwlEk.

As part of this collaboration, Ariana’s hit song “Touch It” will be arranged as a FINAL FANTASY BRAVE EXVIUS-style remix, which can be heard on YouTube. 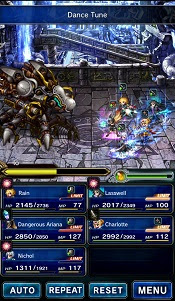 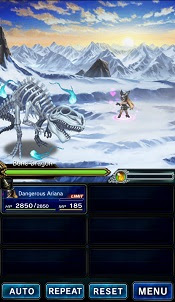 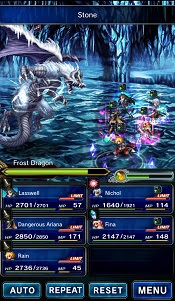 More details around the collaboration and limited-time in-game event will be revealed in the middle of January.

Square Enix also announced that FINAL FANTASY BRAVE EXVIUS has surpassed nine million downloads outside of Japan. To celebrate this special milestone, for a limited time, players will receive a significant boost in daily log-in bonuses.

FINAL FANTASY BRAVE EXVIUS is available now as a free-to-play app (with in-app purchases) through the App Store, Google Play and the Amazon App store.

This title is developed as a collaboration between SQUARE ENIX® and gumi Inc. (developer of the hit title Brave Frontier). The game is available in six languages: English, German, French, Spanish, Chinese (traditional) and Korean.

About FINAL FANTASY Portal App
The free-to-download FINAL FANTASY Portal App provides the latest and greatest on all things FINAL FANTASY, as well as exclusive promotional trailers and developer commentary. By logging in with their Square Enix account, players can accumulate points that can be exchanged for various items. Also, the iconic Triple Triad card game from FINAL FANTASY VIII makes its mobile debut, and is playable in the app.

About gumi Inc.
Founded in 2012, gumi Inc. (Tokyo Stock Exchange: 3903) is a leading global mobile game publisher and developer headquartered in Japan, with overseas operations in China, France, Korea, Singapore, Taiwan and the United States. The company has proven success in launching titles worldwide, including the widely popular role playing games Brave Frontier and Phantom of the Kill. With ongoing publishing and development projects on various platforms, including iOS, Android, and more, gumi aims to change the world through innovative entertainment products and services, including both original content and collaborations with popular IP. For more information, please visit http://www.gu3.co.jp/en/home-en/.