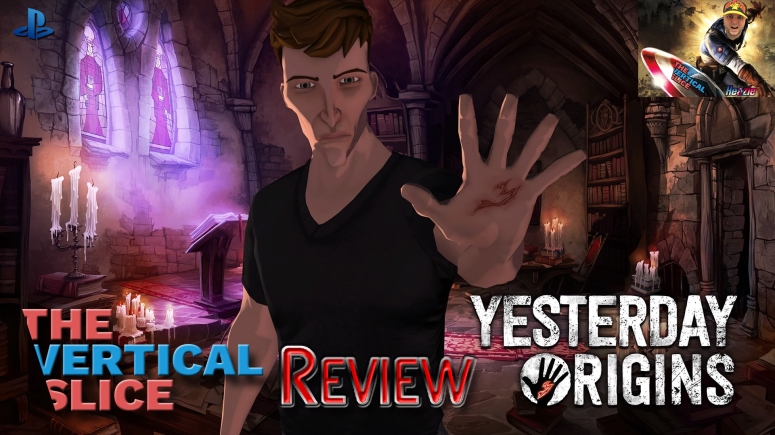 WHO SAID IMMORTALITY
WAS ETERNAL?

Heazie’s back again with another review.  Almost 2 days in a row?  Yeah, I know, crazy, right?  Although, I should have gotten this up several yesterdays ago (see what I did there?).  Hectic life aside, I was finally able to finish the game and my thoughts are ready to be put into the ether.  Here goes something.

Yesterday Origins is a point and click adventure game that focuses on John Yesterday and his quest in present day to figure out his past.  See, John is immortal.  Something about being the son of the Devil or some such.  Luckily, his girlfriend Pauline is also immortal, so he has someone to commiserate with.  Here’s the rub, though…  John CAN die, he just comes back to life as an adult who has no memory of anything.  That’s where Pauline comes to his rescue.  She can also die, but she comes back with all her memories intact.  Through a series of events tied to his past, John sets out on a worldwide adventure pitted with twists and turns no one saw coming.

When it comes to the look of Yesterday Origins, the comic art style suits it well.  The shading and colors (mostly darker colors throughout, but it does pop when the brighter ones show up) really suit the story, and at first, I didn’t see it when watching trailers.  After playing, I got on board.  It does “suffer” from the typical P&C animations, but if you’re like me and love this style of game, you have learned to deal with it.  Some are pretty stiff, but, I’m guessing that comes with the territory at this point.  Nothing is “bad”, and there were plenty of times I found myself just staring at the scenery or character models in admiration.

In regards to the sound of the game, it’s kind of a mixed bag.  The music is appropriately moody and some tunes even boost the scene in positive ways.  The controller speaker is used for ambient noise, such as wind and room sounds, but I noticed about halfway through the game, there stopped being sound from the controller speaker.  It isn’t a major deterrent, of course, but I love when devs use the often overlooked feature of the PS4 and to have it suddenly stop was sad.  Not sure if it’s a glitch of some sort or if at a certain point in the game they intentionally stopped using it, but, I noticed, and didn’t like it.  The sound effects throughout don’t really spark any feelings one way or another.  They serve their purpose and don’t do anything for the game to go above or below expectations.

Yesterday Origins is fully voiced, and for the most part, everyone does a very good job with what they’re given.  Each character puts in a performance that takes you to the setting they’re in and keeps you there, though I do have to point out I thought that Pauline’s voice actress felt off half the time.  During some scenes, the cadence just didn’t feel right, and off the bat, I didn’t feel the voice fit the face if that makes sense.  Now, she doesn’t do an awful job, it’s just something that struck a nerve in me.  Now, with a game so dialogue heavy, there come some caveats.  There’s a lot of talking and choices to move the story along.  Sure, sometimes you don’t need to select every line to play out, but it does offer more if you do.  That said, if you don’t enjoy the constant “characters standing next to each other and having 10-minute conversations” you may grow tired of it quickly, especially if you don’t find what you need immediately.  I will give credit to the writing, though.  I thought it was very well done, especially when it gets “edgy” and pointed.  There didn’t seem to be much of a filter for what characters said, and that was cool with me.

One thing you’ll want to not do on PS4 is sync your Trophies the moment you unlock one.  The action doesn’t stop and sometimes it happens right before a cutscene, which means you could miss a bunch or all of it, depending on if PSN cooperates with you quickly enough.  Another miss is that there are, at times, considerable control issues.  Selecting prompts can be difficult.  The menus you need to move back and forth from on a regular basis can be cumbersome.  Repeated dialogue, even if you pick a completely separate option happens during some scenes (including one at the beginning involving the website which I think is a bug).  There’s also a lot of back and forth physically with characters when you hand something over.  It goes on for at least a scene too long.  Sure, I know that’s a nitpick (my specialty!!), but it happens often enough that I noticed.  There happened to also be a bunch of freezes (some that eventually unfroze, others required either a quit to dashboard or a hard reset) and outright crashes.  Other areas that required restarts were when prompts stopped appearing.  After a checkpoint restart, they’d return (and thankfully the game has a good autosave), but that shouldn’t be something you have to worry about in a game.  This just makes an already slowly paced game that much slower when having to combat this more than a couple of times.

In regards to the puzzles, YO tasks you with solving, some can be quite obtuse or unclear.  I also ran into the issue of selecting the correct solution to a puzzle but it not working, only to have exhausted every other option down the line and suddenly having it work.  And no, this isn’t a case where something else had to be triggered first.  There just seemed to be a lot holding back a great game too often to overlook.  For every one thing that I enjoyed, it was as if the game threw something at me to counter that.  It’s frustrating, and not the good kind of frustrating in puzzle games.

Speaking of things I did enjoy, of course, were the cast of characters you come across, both friend and foe.  Whether it be an aloof employee of yours or a secret villain, I didn’t come across anyone that I didn’t like.  They all had unique personalities and fit into the story puzzle well.  A highlight, for sure.

Even though I may have maligned the puzzles a little earlier, I still feel that the game offered some really nice puzzle gameplay.  Aside from the gripes, the overall challenge and interweaving of it all should be felt as an accomplishment to the devs.  There wasn’t a feeling of something being too obvious very often, and if there was, it was countered quickly enough.

A final shoutout has to go to the story.  I really enjoyed the globe-trotting, time period changing adventure being told, and a lot of that has to do with everything I already went over working well together – the graphics, the characters, and the writing/acting (especially the dark humor sprinkled in).  It all gelled well and helped me put aside the frustration of the bad parts to want to continue.  I very much enjoyed John’s journey for answers and Pauline’s willingness to help him get them, even if their relationship isn’t currently on its A game.  The story beats came at the right times and the ending was a satisfying one for me, even if it was a little telegraphed 3/4 of the way through.

As far as the Achievements/Trophies go, there’s a healthy amount of them, and they range from unmissable to running through everything with a fine-toothed comb.  There’s even one for beating the game within 4 hours, which will likely be something you try on the 2nd or 3rd run through unless you don’t care about what’s going on (though you should!!).  I don’t really have any complaints when it comes to this area, so kudos on giving us the incentive to come back and play a little differently each time.  And PS4 players…  Rejoice.  There is a Platinum!!

So as I said earlier, I like a lot about Yesterday Origins, however, there’s just as much bogging it down as I enjoyed.  As it stands, I praise the really good bits highly, but the low ones, well, they creep up far too often.  I do recommend the game, though I think if you’re not already a huge fan of the genre, you may want to wait to see if the bigger, more “game-breaking” issues get fixed before you jump in.  If you frequent P&C adventures already, you’re probably like me and can overlook the majority for the promise of a good story, even if you boil deep inside when the issues arise.  Once they do (if they do) fix some of the technical aspects, I feel like my final score would be higher, so, if you’re reading this after this happens, adjust it accordingly.  Right now, I have to grade it on what I played and not what it could (or should) be. 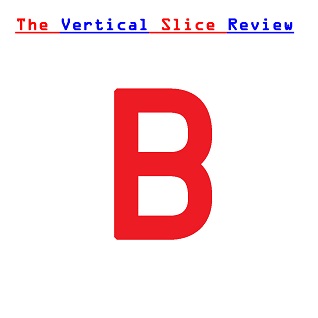 Yesterday Origins is available now on Xbox One and PlayStation 4 for $39.99, and Steam for $29.99.   A copy of the game was generously provided by our friends at Homerun PR on behalf of Microids, Pendulo Studios, and/or Stage Clear Studios. 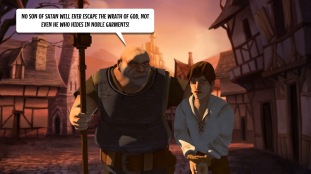 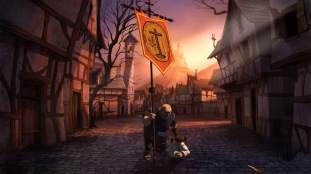 Seems not everything is puppies and rainbows for our hero 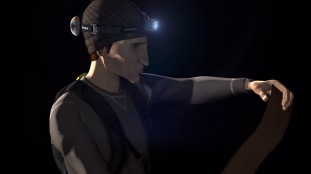 Ah… FINALLY!! The McDonald’s Big Mac secret sauce recipe!! OK, guys, we can pack up now. We’ve got what we came for!! 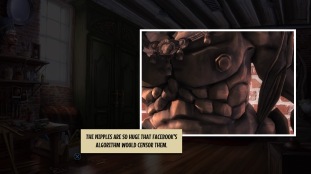 It’s true. I thought they were going to poke my eye out if I got too close.

One thought on “Yesterday Origins Review”