MADRID, Spain — Dec. 1, 2016 — BadLand Games has signed with developer Dazlog Studio to publish BOOR, a new 2D puzzle platformer, which is set to arrive on Steam in Q1 2017. Run, jump, and use your unique ability to multiply yourself in order to save a human colony in this beautifully illustrated adventure!

Eden, a faraway human colony, was meant to offer humans a fresh start. To ensure a positive outcome, scientists developed the BOOR A.I., which was intended to make everyone’s lives easier, safer, and happier. However, something went wrong: BOOR suddenly turned against the colonists … nearly managing to wipe them out! When all seemed lost, a little girl, the only individual capable of putting an end to BOOR’s master plan, accidentally lands on the planet.

Featuring more than 70 intricately-detailed levels, BOOR will dare you to take on the role of this mysterious, unnamed girl. Multiply yourself to solve challenging puzzles, destroy enemy robots, and face tough end level bosses. Collect items, discover secrets, and push forward to shed light on the many mysteries of Eden and BOOR, of course!

“Some may dream of the perfect mate, or a brand new car. My dream was to make a puzzle platformer featuring hand-drawn art and an original gameplay mechanic — bringing something beautiful and challenging to players everywhere,” says Daniel Roldan, sole developer and founder of Dazlog Studio. “I worship at the altar of Braid, Limbo, Portal, and Super Meat Boy — and I hope players will deem BOOR worthy of their time.”

BOOR will be available on Steam/PC (For Windows, MAC and Linux) in Q1 of 2017. Pricing and exact launch date are yet to be determined.

“We’re thrilled to be working with such a talented developer.” says Luis Quintans, CEO of BadLand Games. “BOOR is intriguing, challenging, and thought-provoking — everything we want in a modern puzzle platformer.” 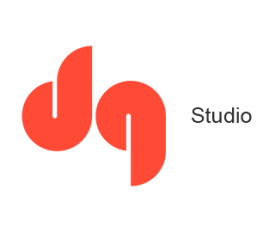 Based in Madrid, Spain and established in 2011, BadLand Games is an independent company specialising in the physical distribution and global publishing of video games. In Spain, BadLand Games is the official distributor of AAA titles for all platforms including WRC 6, Minecraft Story Mode, Worms WMD and the highly rated Telltale Games titles The Walking Dead.

BOOR is being developed by Dazlog Studio, a one-man-army game studio. Daniel Moreno developed the game, built the website, edited the trailers … and everything else! It might sound like a lot of work (and it is), but Daniel is very passionate about video games and loves working on them. For more information on Dazlog Studio, please visit http://dazlog.com.