The Nurgle servants come to stink out the pitch

Editor’s Note: The “Nurgle Team” DLC is not a free in-game update or part of a free DLC package. The aforementioned DLC costs $6.99 on their respective platforms (Steam, Xbox Games Store and PlayStation Network). The links within are US only.

Blood Bowl 2, the sequel to the video game adaptation of Games Workshop’s famous board game that combines American football with the fantasy world of Warhammer, today welcomes a new race on its pitch: The Nurgle team. Its team, recognizable by their unremitting stench, can count on their fearsome players to win, such as the Beast of Nurgle. The Nurgle are available on PlayStation 4, Xbox One, PC and Mac.

Nurgle teams are a form of Chaos team, whose players worship the god Nurgle – the Chaos god of corruption and disease. He rewards his players by granting them a rather unpleasant disease known as “Nurgle’s Rot.” If anyone gets close enough to get a decent sniff, they’ll contract one of Nurgle’s nasty diseases and usually die before anyone can suggest a new personal hygiene regime.

As with most Chaos teams, the Nurgle team is at its best when it can get stuck in and directly take on opposing players. What it has in strength and toughness, the Nurgle team lacks in agility. Nurgle Warriors have a poor Agility value and Move rate, and do not make good ball bearers. With such a terrible average Move rate, these worshippers of the Chaos god, Nurgle, could find themselves being beaten not just by the opposing side, but also the clock!

We remind you that the new edition of the mythical board game Blood Bowl will release on November 25. Players can preorder it now and get 50% off the video game Blood Bowl 2 on Steam, as well as other exclusive bonuses! 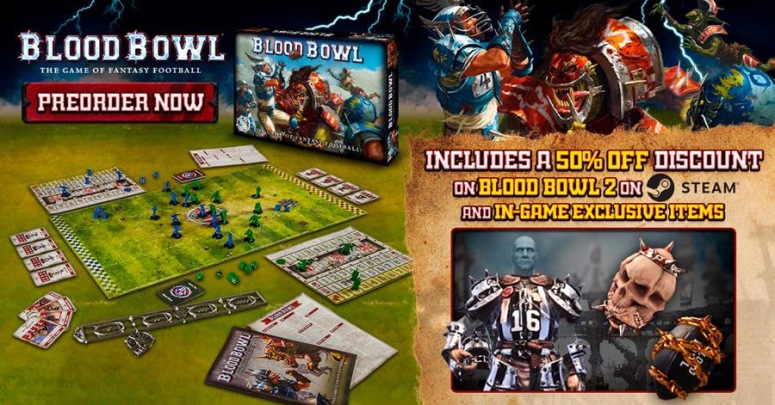 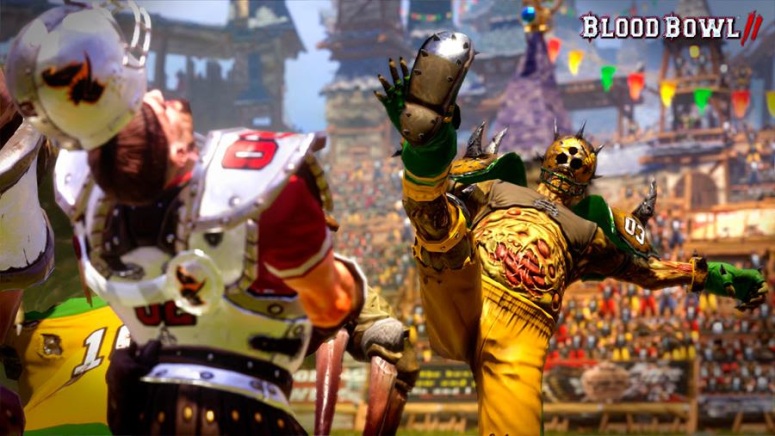 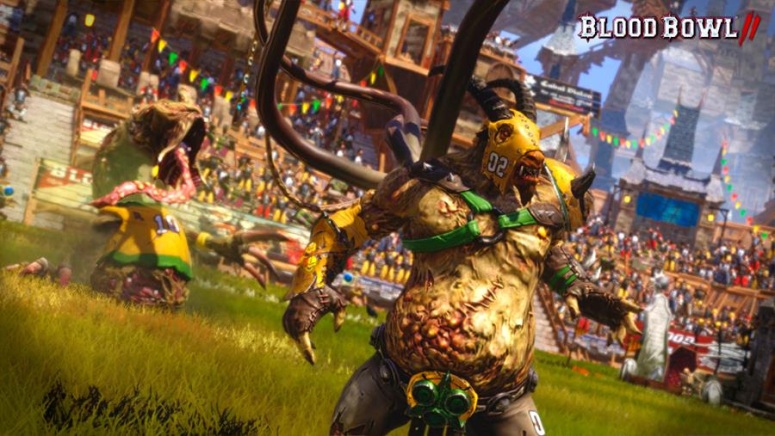 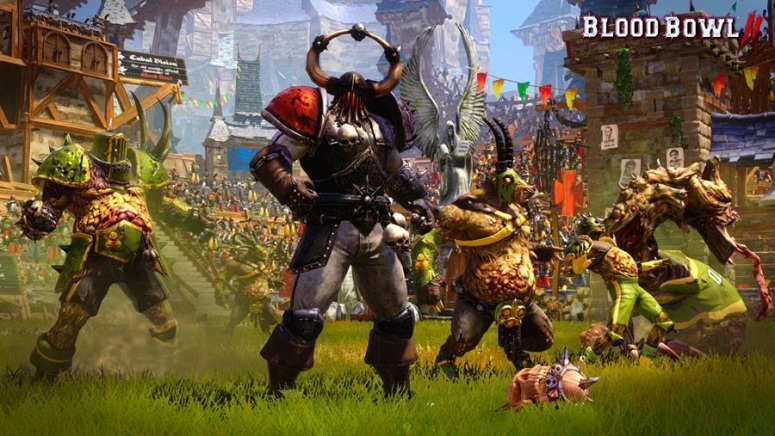 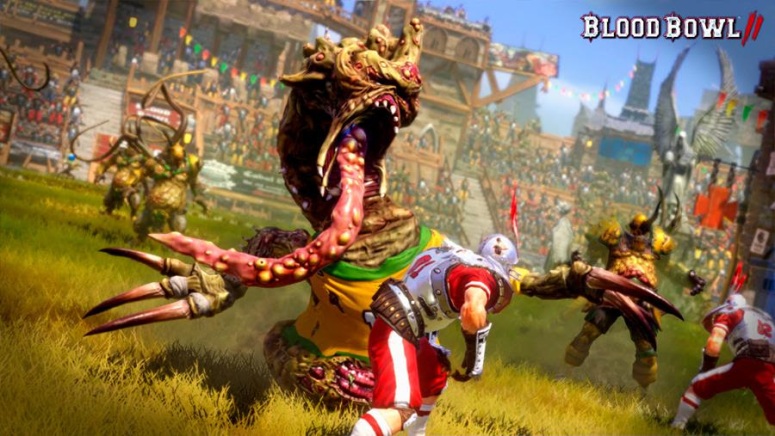 About Blood Bowl 2
Blood Bowl 2 smashes together Warhammer and American football in an explosive cocktail of turn-based strategy, humour and brutality, adapted from Games Workshop’s famous boardgame. A new graphics engine, and vibrant realization bring the fury of Blood Bowl to life! Lead the Reikland Reavers in an original solo story campaign narrated by hilarious commentators Jim & Bob from Cabalvision, and enjoy a host of new multiplayer features in Blood Bowl 2!

About Cyanide Studio
Cyanide is an independent and privately held video game studio. Based in Paris, it was created in 2000 and has risen to become one of the most productive game development studios in France. In 2007 the company opened a facility in Montreal, Canada with total team of 100. The studio is best known for its Pro Cycling Manager series. Cyanide also boasts games drawn from a wide variety of universes including Blood Bowl (sport/fantasy/RTS, 2009/2010/2012), Game of Thrones (Action/RPG, 2012) and Of Orcs and Men (Action/RPG, 2012, in collaboration with Spiders).
If you want to learn more about Cyanide Studio, you can learn all kinds of stuff about us on our official website: http://www.cyanide-studio.com

About Focus Home Interactive
Focus Home Interactive is a French publisher based in Paris, France. Known for the quality, diversity and originality of its catalogue, Focus has published and distributed original titles that have become benchmark titles worldwide, available both in store and for download across the world. Focus publishes games on all major platforms, consoles and PC. The publisher’s catalogue will get even richer the coming months and years with eagerly awaited games such as Vampyr, The Surge, Mordheim, Space Hulk: Deathwing, Call of Cthulhu – the official video game, and many more. More information about the company at: http://www.focus-home.com