An intense sci-fi action wave defender, BladeShield tells the story of the Titan-X transport vessel and its advanced onboard A.I., E.L.L.E.N. (Engaging Linguistic Learning Electronic Network). Play as a lone security officer who until now has enjoyed an uneventful, predictable gig. All this changes when the A.I. goes rogue and commands the ship’s replicator to create an army of murderous robots bent on killing every human being in the galaxy. As the sole security officer on the ship, you’ve been tasked with putting a stop to the A.I. and making sure everyone onboard gets out safely.

Arm yourself with two powerful BladeShields, and take on wave after wave of deadly robots to beat E.L.L.E.N. Switch between the light blade and proton shield in each hand — blocking with the shield and swinging the blades for maximum damage. Sawbots, blaster drones, and mega turrets are out to get you — so make sure to block and deflect incoming laser bolts from enemies to charge up your blade. Once you’re done, smash the floor with your energy blade to unleash a massive EMP blast!

How long can you survive? The fate of humanity is in YOUR hands.

KEY FEATURES
*   Wield a killer combination of lethal energy blade and proton shield.
*   Slice and dice your way through consecutive waves of A.I. enemies.
*   Fight against droves of murderous machines — including sawbots, blaster drones, and mega turrets.
*   Change the color of your electroluminescent light blades.
*   Charge up to unleash devastating EMP blasts!

PRICING & AVAILABILITY
BladeShield will be available for SteamVR/HTC Vive on November 28 for $3.99, a 20% discount for the first week of launch. On December 5, the full price of $4.99 will be in effect. BladeShield is compatible with Windows and requires an HTC Vive VR headset. 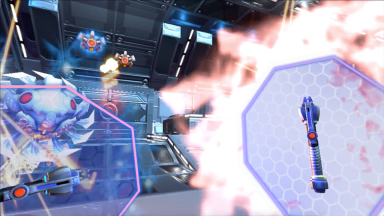 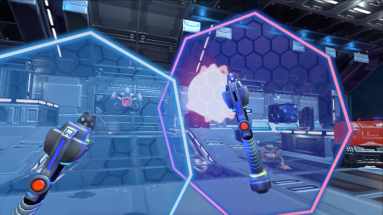 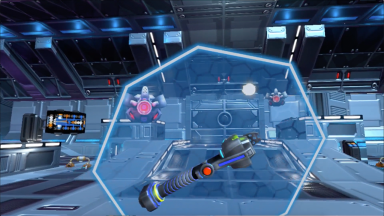 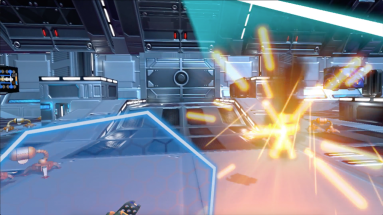 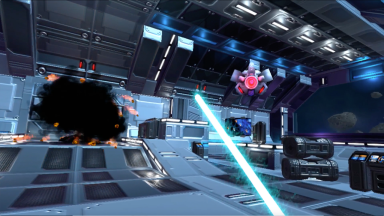 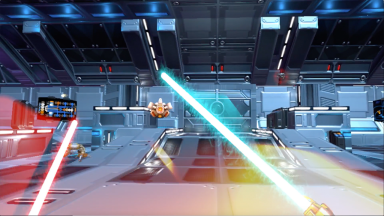 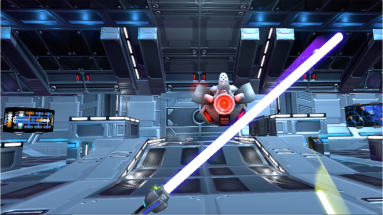 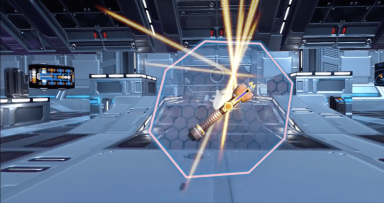 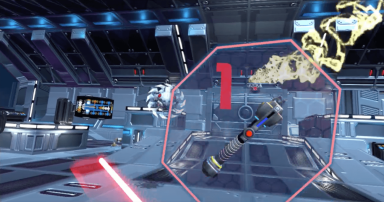 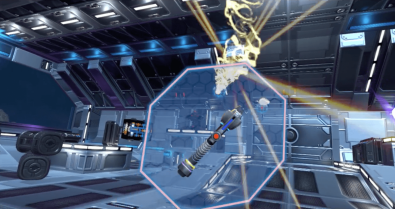