Launch Will Include New Cards & Campaigns

BEIJING – Nov. 17, 2016 –  Infinity Wars: Reborn, a digital trading card game from developer Lightmare Studios and publisher Yodo1, will add new campaigns and rewards when it leaves beta on Dec. 13 via Steam for Windows and Mac.

Featuring simultaneous-turn battles, an undo button negating the risk of match-ending mistakes and a commander system that grants powerful cards a chance to influence entire battles, Infinity Wars: Reborn plays distinctly from any other trading card game. Infinity Wars is also the world’s first fully-animated trading card game, providing a gorgeous presentation no other title in the genre matches.

New campaigns for the zombie and monk factions, titled Sleepers of the Avarrach and Descendants of the Dragon, will debut at launch, offering 40-card start faction decks in exchange for besting their challenging new PvE campaigns.

This past week’s last beta update has added 61 new cards to the Rebellion Set, including powerful Rare, Epic, and Legendary cards, bringing the game’s total card count to more than 800. A new mission system will offer in-game currency for completing trials like winning matches with certain factions or winning consecutive ranked games.

In Infinity Wars: Reborn, decks are built from the arsenals of eight distinct factions and brought into battles of wit against human or A.I. foes. Opponents launch offensive onslaughts while defending their fortress in simultaneous-turn battles, making for swift strategic duels.

“Infinity Wars: Reborn‘s launch will bring a wealth of new content to what was already the most innovative and original trading-card game available,” said Ian Underwood, Lead Designer of Lightmare Studios. “With a plethora of factions and strategies, Infinity Wars: Reborn will offer a truly one of a kind experience.” 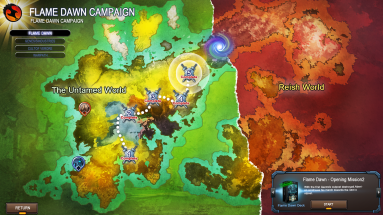 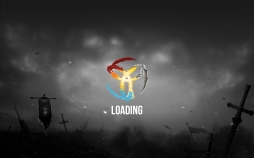 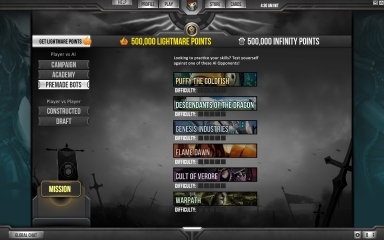 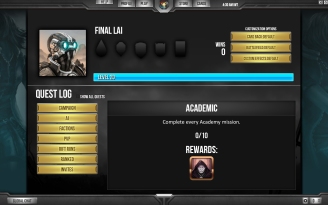 About Lightmare Studios
Lightmare Studios is a team dedicated to crafting hardcore strategic-minded games that are initially accessible to casual gamers.  Led by its Principle Pillars, Lightmare works on redefining genre boundaries while assuring its standard of integrity and perfection is present in all aspects of its work.
About Yodo1
Yodo1 is a leading global publisher dedicated to bringing a diverse portfolio of casual, midcore and hardcore titles to a massive worldwide audience.
Building off its success with Crossy Road, Yodo1 is setting its sights on helping talented teams from around the world make their titles into global hits.
Founded and led by veterans from Microsoft, Disney Interactive, Sony, Electronic Arts, and Activision, Yodo1 combines its strong industry background with its deep experience with Free to Play and Premium game markets to help indie developers create successful and sustainable games that are loved around the world.