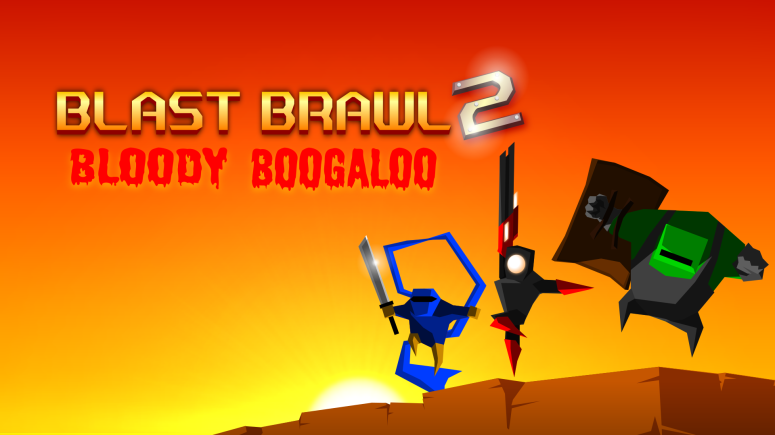 Are you quick enough to land the perfect blow — or will you make a single mistake and lose your head?

A mysterious portal has appeared and sucked up Earth’s greatest warriors — transporting them to another dimension where the name of the game is “kill … or be killed!” Making it out alive won’t be easy: Combat is blazing fast, enemies are brutal, and anyone can die in a split-second. Put your skills to the test across four distinct levels by duking it out with 8+ friends in Versus Mode … or see if you can work as a team to defeat scores of enemies in Wave Mode!

If you’re into that new/old keyboard-driven sound popularized by the movie Drive, you’ll get a kick out of the game’s soundtrack, which features more than 40 synthwave artists — including Kalax, Flash Arnold, Dynatron, Protector 101, and more. Shuffle through artists and songs using the in-game radio and find the perfect musical accompaniment to the slaughter. 🙂

GAMEPLAY
To join the fight, first choose from seven possible characters — each with their own unique abilities and playstyles:

After picking a character, it’s time to face off against your friends in massive eight-player matches. When you’re done trying to kill each other, tackle Wave Mode together for a nice change of pace. Don’t sit still, though! You have to be ready to deal at a moment’s notice with zombies, demons, floating skulls (that shoot fire), robots (that shoot lasers), and other cunning enemies. Quick reflexes and strategic thinking are a must if you intend to survive each round … and live to tell the tale.

KEY FEATURES
*   Varied character roster — each with unique fighting styles and tactics.
*   Fast-paced combat featuring one-hit kills and no health bars whatsoever.
*   Battle with or against your friends!
*   Fight against deadly hordes of enemies in Wave Mode.
*   Huge library of over 20 hours of incredible music from more than 40 artists.

PRICING & AVAILABILITY
Blast Brawl 2: Bloody Boogaloo will arrive on Steam Early Access and Xbox Game Preview (Xbox One) on October 26th and will retail for $14.99. 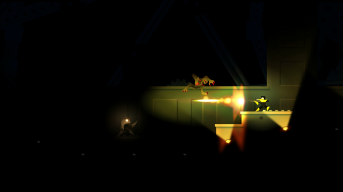 ABOUT THE DEVELOPER
Founded in 2016, Mind’s Eye Games is one-man shop based in Omaha, Nebraska that focuses on fun and meaningful games. After growing tired of the sterile “metrics-are-king” mentality of mobile, founder Christopher Molini set out on his own and began working on his original IP, Blast Brawl. To learn more about Mind’s Eye Games and Blast Brawl 2: Bloody Boogaloo, please visit www.minds-eye-games.com and www.blastbrawl2.com.