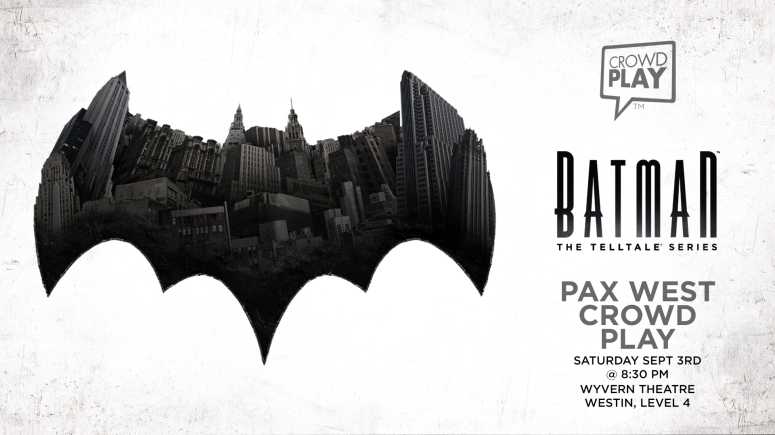 Today we can unveil the release date for BATMAN – The Telltale Series Episode 2: ‘Children of Arkham’.
The second of five episodes in the season, Episode 2: ‘Children of Arkham’ will be available digitally worldwide starting Tuesday September 20th on PC from the Telltale Online Store, Steam, and other digital distribution services, on the PlayStation®Network for PlayStation 4, and on the Xbox Games Store for Xbox One®. Release dates for additional platforms will be announced later in September.
The series will also be available to purchase at retailers starting September 13th in North America as a special Season Pass Disc, which will include the first of five episodes in the season, and will grant access to the subsequent four episodes as they become available for download via online updates. The series will then be available to purchase at retailers across Europe on September 16th.
Episode 2: Children of Arkham will debut ahead of public launch at a special Crowd Play event at PAX West, Saturday September 3rd at 8:30 PM in the Wyvern Theatre at the Westin. This will be the very first event using the NEW in-game Crowd Play feature, where the audience will help direct the happenings on-screen using their own mobile devices. There will be giveaways for everyone in the audience, and the event will be hosted by BATMAN expert Dan Casey from Nerdist.com.
Rendered to look like a living, breathing comic book, Telltale’s vision of Batman features an award-winning cast of talent, including Troy Baker in the role of Bruce Wayne, Travis Willingham as Harvey Dent, Erin Yvette as Vicki Vale, Enn Reitel as Alfred Pennyworth, Murphy Guyer as Lieutenant James Gordon, Richard McGonagle as Carmine Falcone, Jason Spisak as Oswald Cobblepot, and Laura Bailey as Selina Kyle. Additional cast and characters will be revealed as the season progresses.
BATMAN – The Telltale Series Episode 2: Children of Arkham is rated M (Mature) for Violence, Blood, and Drug References by the ESRB. Future content in the season is yet to be rated by the ESRB. The series is published by Telltale Games in partnership with Warner Bros.
For more information on Telltale Games, and more news surrounding the series, visit the official website, Facebook, and follow Telltale Games on Twitter @TelltaleGames.

One thought on “BATMAN – The Telltale Series Continues This Month”