SAN DIEGO – August 30 – Nebulous, a sci-fi puzzler from Namazu Studios where players guide an astronaut trapped in space, launches today on PlayStation 4, Mac and PC with optional Oculus Rift compatibility. PlayStation 4 owners can try Nebulous before buying it via a demo on the PlayStation Store.

Players guide Astronaut Dash Johnson through massive maze-like levels familiar to anyone who has played the board game Mouse Trap or knows the art of Rube Goldberg.

The helpless Johnson begins every stage in a fixed position. To help the interplanetary explorer through each puzzle, players position objects like conveyor belts, gravity altering devices and space rocks before dropping Johnson into the level, letting gravity take its course and hoping the items they placed can help guide him to the exit.

Hilarity is mixed in with brain-teasing puzzles; Johnson remarks about his own misfortunes and says cutting player-directed insults as he floats through a gauntlet of perplexing trials with intricate solutions.

Nebulous was designed with VR in mind. With Oculus Rift, and later this year PlayStation VR, players can interact hands-free with the world by simply fixing their gaze at in-game objects and turning their head to reposition them.

The game is available on Steam worldwide and PlayStation Network in North America for $14.99 with full English voiceover and subtitles. Nebulous also features music from Lauren Bousfield of the experimental electronica group Nero’s Day at Disneyland.

“Nebulous‘ VR support lets players solve challenges in an intuitive, natural way, but the game’s essence is still a blast without a cutting-edge control scheme,” said Keith Hudnall, technical director, Namazu Studios, “If you want an experience that makes you think but also make you laugh along the way, you definitely need to playNebulous.”

Our review should be up by the end of the week.  Stay tuned!! 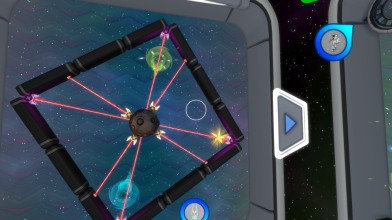 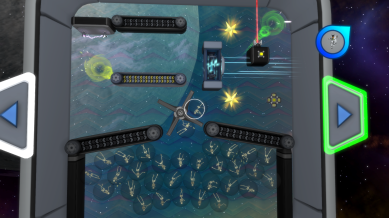 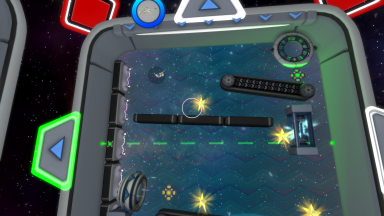 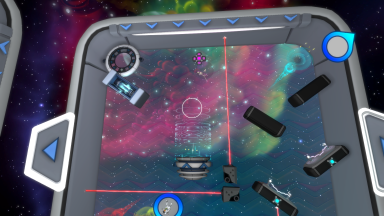 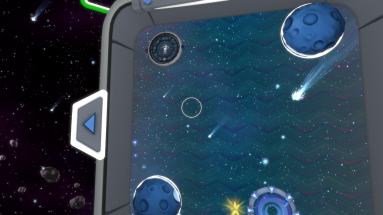