Moon Hunters is a weird game for me.  It scratches that itch I’ve been getting of rogue-like games needing to be played, but at the same time, it feels like it’s missing something to put it over the edge, but I can’t really put my finger on what that is…

The central story of Moon Hunters revolves around your tribe of worshipers of, you guessed it, the moon.  Because of this, their enemy is, naturally, the tribe that worships the sun.  Or the cult that worships the sun to be more accurate.  When the moon suddenly stops appearing, you must travel the land to figure out why and hope to bring back balance to the world.  This entire story is played out over 5 in-game days and nights, with what you encounter each day changing depending on the landmarks you choose to visit and what you do in between altering your stats as you prepare for the next day.  And one of the cool things about this is that you can do this all with up to 4 people locally.  Again, it sounds really neat, but in practice, it’s kind of a mixed bag.

At the start of the game, you choose one of a handful of heroes (with a few more to unlock) and where they hail from, then you embark on your journey, which takes you from your home village through 5 days of procedurally generated levels on your quest to find the Goddess.  There’s one level per day and in each you’re tasked with just making it to the end to set up camp, but a big part is to search the level because each could contain something that shapes your world for future generations as well as giving you an advantage for your current “life” as a hero.

And as they say, “heroes never die” but in reality, we all know that’s not the case.  At the end of the 5 days, you either survive to live on, or you perish in battle, with tales being told to future generations.  Either way, if you’ve done well enough, your story will live on through the stars, and you will become a constellation for all to see and draw inspiration from.  It’s actually kind of neat.  What you do during your run  (which can last an hour or two until the end) gets compiled into stats and a story and that can live on forever should you do well enough and choose to keep it.  Not only what you do during the day will affect you and your stats, for example, giving water to a thirsty traveler or not, which results in a trait that alters certain stats, but what you do at night while camping does, too.  Do you choose to cook or hunt for meat?  Sleep or watch the stars and reflect on your journey?  Each offers specific boosts that you can see prior to choosing, so you have the ability to shore up some weak spots you may have accrued over the week with your actions.

Although all that sounds pretty cool to me, one issue I keep running into is that the whole point of the game is to shape the world going forward.  So, say you earn the ability in one run that allows you to speak to animals.  Any playthroughs you do going forward you’ll have that ability.  So far, so good.  However, even though the opening cut scene of each run states that the world changes with each generation (every time you restart you’re essentially many years later on in the world and the previous runs’ actions have “stuck”), it kind of doesn’t.  The villages are always the same.  The conflict exactly the same.  The people/conversations – mostly all the same.  I’ve beaten the game over a dozen times now and what is changed isn’t a lot.  Yes, some characters receive different reactions and conversations with NPCs, but those reactions remain after the first time.  I can only flirt with the same woman in the same village so many times before it starts to be meaningless.  It kind of throws a wrench in the entire hook.  Of course, I don’t expect a game that requires you to play it dozens of times through to have a unique setting/story each time, but, come on, have a few to cycle through at least.  The story is weird as it is, don’t add something to hinder it further.  I’m aware that there are certain story arcs I haven’t found yet, but those aren’t what I’m driving at here.

The storyline hooks are the choices you make and actions you take “forever altering” the world going forward when you restart and play again.  It does that in the most basic way, and sometimes it just feels a little (a lot?) disappointing.   Though I do have to commend the devs on the cool constellation system.  I really enjoyed that aspect, though I wish you could have more than 1 hero of the same type up at a time.

Moving on to some of the more technical aspects of the game, graphically, the pixel art style is pretty nice to look at.  The colors are vibrant and the way everything is drawn out works really well for the kind of action-RPG this is.  There’s a lot of interesting music going on in the game, but for the most part, it wasn’t something I could find too pleasing.  I don’t know what it was, but it just hit me the wrong way most of the time and never really clicked.  Maybe it was the weird singing that hampered it for me.  It just struck the wrong nerve.  Too odd.  The ambient noises are fine, though.  I did enjoy the forest sounds and the like.   And the music that didn’t have the weird singing could be tolerated a decent enough of the time.

The battle system is a pretty simple one.  One normal attack, one special attack, and a dash move.  Each character has a different variation of these, not much overlap to be found, and some can be pretty difficult to master.  I certainly had favorites, and I’m sure you will, too.  You’ll definitely want to play with everyone at least a couple of times, though, especially if you’re going for Trophies.

One of the biggest issues with the game has to be the poor frame rate and sound glitches.  The frame rate locks completely every 15-30 seconds.  It really got annoying quickly.  It still exists today, and I know some patches have gone through.  The sound would sometimes just drop out or during a cut scene the voice over would drop in and out or crackle (not as often).  The sound I could get over, but honestly, the frame rate issues are a real shame.  It just shows how hard this would have been to get onto Vita if the PS4 is having these issues the entire time without fail (the Vita version was canceled for technical reasons).

If you can play with friends, I would recommend doing so.  The game was meant for it, though you can, of course, do perfectly fine alone, which is how I played most of the time.  The difficulty doesn’t seem to increase playing co-op, so it shouldn’t be too much of a struggle if they’re competent.  The one thing this game needs in this regard is online co-op, though honestly, I don’t ever see it coming.

The Trophy grind here could last you quite a while.  There are 42 in total and plenty listed that could take you a dozen playthroughs just to get to a point where this option is available to you.  And, thankfully, we have a Platinum to shoot for.  Very much appreciated.  Completing this game could take you a pretty long time.  I don’t want to say 100 playthroughs, because that would be guessing, so I won’t.   TWO.  HUNDRED.  PLAYTHROUGHS.

I do actually enjoy this game, even if it may sound a little negative here.  I found plenty of fun.  There’s still plenty to like, despite its glaring flaws, and if you have the ability to play with like-minded people (remember, up to 4 of you can quest it up), it’ll up the fun factor for sure. To me, there are some really neat ideas on paper that just did not come together as well as I would have hoped.  But, again, I think this is worth a look at some point.  Just go in with some tempered expectations and you may find it much better than advertised. 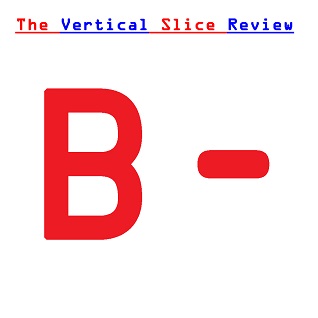 Moon Hunters is available now on PlayStation 4 and Steam for $14.99.  A copy of the game was provided by Kitfox Games for the purpose of this review.