In recent years I’ve been more open about myself and my personal “demons” throughout this social media world we now live in.  Truth be told, however, I doubt I’d get into major specifics, because not only do I find it pointless, but many times I feel as though it sends the wrong message.  I could go much deeper into my line of thinking, but this isn’t why you’re here.  You’re here for a review (I’d assume, of this game and not of the Wyclef Jean song that you typed wrong into a search engine – but, accidents happen I suppose).  I just thought it best to get that out of the way to understand my motivation to want to play this game (and my previous review of The Town of Light).  This type of subject matter is on my front porch every day, so to speak, and I’m always interested in seeing how it is presented in this medium.

The Steam description of the game is as follows:

Coming home after visiting your doctor for the last time, you are told that you only have three more days to live. A sequence of short memory fragments flashing through as you try to run away from what you have done.

OK, from that, you have no idea what the illness is that has you so short on time.  You assume some of the big hitters, AIDS, Cancer, etc.  If you investigate further elsewhere, you can find this tidbit of info:

A 20-minute game about a dying man who is struggling with his diseases to see his loved one once more time again.

This game deals with depression issues and contain implicit handling of suicide.

You’ll find that info and other stuff here, which is a link set up with the developer Florastamine.  OK, so, if you’re like me, you may have noticed some grammar issues in the second description.  Fair enough, the developer isn’t a native English speaker (I’m assuming, I can’t really find much info on the matter).  I’ll get over it.  However, there’s a specific word choice here that is the opposite of what should be listed:  implicit vs. explicit.  I shall explain.  Implicit means that the suicide is implied and not really shown.  Explicit means there’s no doubt about it, and there’s no hiding it from the player.  In the sheltered world we live in where every single syllable is deconstructed to “trigger” someone if they so choose, this is exactly the kind of thing that could do it.  Because in this game, this experience, there’s nothing implicit about it.

Do not misconstrue what I’m saying here.  I have no issues with this kind of content.  In fact, nothing has ever or will ever “trigger” me, offend me, or make me believe that it isn’t a valid form of expression, plot point, gag, or story in an entertainment medium.  The world is your oyster.  Express whatever you want and as far as I’m concerned, nothing should ever be censored.  All that said, the language barrier I’m implying could unhinge someone who can’t handle the explicit imagery, and in this case, I can see both sides of the argument as to whether this is a valid concern for the player.

I’m feeling as if this is a little long in the tooth, and it very likely is, so I’m going to move on to try and speak of the game.  I just wanted to get that stuff out of my mind first.  It’s my process.  I’ve got to do what I’ve got to do.  For my sanity.   Plus, as you saw, it’s not really a big game.  And, being honest again, the word “game” should have the implied quotes around it at all times.  Man…  This turned into the wrong kind of review.  I never expected this to be about one word vs. another so often…

OK, so, as you see again, and I swear, this will be the last time I go into this,  but it states that it may contain implicit handling of suicide.  And, sorry to get into spoilers here, but I feel like it won’t hinder you in any way since the barrier of entry is so low, because this isn’t necessarily wrong.  You may never see or experience a suicide in the game.  But, that’s assuming you choose just one of the two branching paths.  The entire game is the same for the first 95% of your time until you hit your choice.  If you choose option A you get 1 ending.  Choose B and you get the other.  I can’t imagine there would be little to no players not spending another 10-15 minutes slogging through the game to see the other choice.  On the one side, yes, you may never see the suicide if you chose to live.  On the other, it exists in the game, so shouldn’t you not use the “maybes” of the world and just point out what the game actually has in it?   I don’t know, maybe I’m wrong.  What I do know is I have no idea how to adequately explain my feelings on the game because it’s such a short experience that doesn’t have much to do.  It’s a game I was genuinely interested in.  It turned out to be something I have a hard time explaining myself with.

So, I’ll try again.  The  game starts off immediately as something it’s not: bright and cheery.  The moment you check your “To Do” list and move forward into the house, the real tone sets in.  You’re greeted with inner monologues, “memory flashes” which just consist of text on a black background, and a straight line to the end where you make your choice and the game abruptly ends.  Maybe it’s partially my fault because I didn’t do much research into the game before looking to play it.  I saw the premise, I knew I was interested in the subject matter, and off I went.  I try to do my best to not look into some games as much as I used to.  I find when it comes to games like this, the less I know going in, the more I enjoy them.  Had I known this was a very short playthrough, I may have tempered my expectations much more.  But here we are.

Once on the move in the story, as I said, you literally have A to B and nothing else.  You’re treated with the text memories and thoughts throughout, no voice acting, and it’s actually kind of jarring.  I’m not sure if it’s because the game’s field of view was something I couldn’t find the right % for or because most of it is set across black and white backgrounds mixed with slow plodding through the world.  I have no issues with all text games.  I grew up with them.  When it comes to something like this, though, voice would have been super helpful to feel a connection.  As it is, the way everything is written, it’s had to do that, from the switching perspectives and not really knowing who is talking to who, to the odd word choices and grammatical issues throughout.

Having it fully voiced would have certainly helped.  How much I can’t say, but for me, there was no reason to care about this person more than the base troubles that were listed off almost as if it were a shopping list.  And the fact that the memories and thoughts jump all over the place timeline wise, it hurt it even further.  Another issue stemming from all this would be that the back and forth just feels like a whiny teen.  I understand that it’s the furthest thing from what is the point and actuality of the situation, but it still reads like it.  Which is a shame.

Don’t expect a graphics powerhouse.  This isn’t the point.  That doesn’t bother me at all.  What does kind of throw it off is that there’s not much to latch on to visually.  There’s 1 long sequence in the game that is exactly what you’d expect in that situation, but it just didn’t work for me.  The walking here is slow and felt weird to me.  I don’t know what it was about it.  Maybe it was the setting?  I couldn’t tell.  The interactions are few and far between with items, but when you do, it wasn’t precise enough.

Don’t go into this game for the Achievements, though.  There aren’t any.  Though there are the trading cards, so…  Incentive?

I’m sorry if this review is all over the place.  That’s kind of how the game is, too.  I have so much to say about the game, yet so little at the same time.  I went into this game really wanting to love it, to find a worthy entry in this medium on the subject matter, but the bottom line is there’s not much to like here.  It’s underwhelming on all accounts.  I would love to see this fleshed out down the line after the developer gets more comfortable in the business.  Yes, again, I’m projecting, because I don’t know much about Florastamine, but from what I can gather this may be their 1st game.  I commend the effort, though. No denying that.  This game costs $1.  Again, the barrier for entry is minuscule in the grand scheme of things and the time investment is just as small.  It may be worth it to you to see it through for that buck.  In my estimation, I can’t tell you you’re wrong, but I can tell you these are delicious. 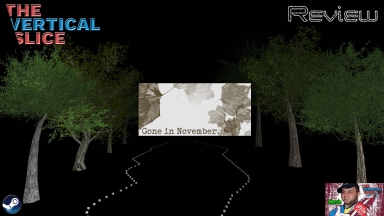 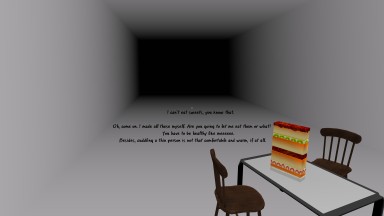 This is the nicest looking thing in the game. The specs are pretty low, so don’t expect much. To be honest, there’s not much to see anyway.