VANCOUVER, British Columbia – July 26, 2016 – If there’s a distinct lack of friendly competition, illegal narcotics and genocidal monsters within your life, Whitebox Interactive’s party game Bear vs Methlab will fix the majority of your problems when it releases on PC on Q1 2017.

The story, best described as a multi-dimensional space opera, begins when history’s worst war criminal and time-traveling necromancer hatches a plot to cook and sell meth to fund his genocidal wars in alternate universes. Only an infinite number of bears from parallel universes can stop Hitler, and put an end to his evil.

In case defying the laws of time and having fun with friends isn’t good enough, you will also unlock cosmetic rewards at the end of each stage, utilizing hats, beards, sunglasses and other apparel to help your bear better stand out.

Bear vs Methlab is currently crowdfunding on Kickstarter with a goal of $30,000 CAD. The game will release no matter what happens in the crowdfunding campaign, but if successful the money raised will go towards expanding Bear vs Methlab‘s number of mini games and levels. Whitebox Interactive promises to not spend any of the money on bear traps.

“We got sore from punching each other over unfair mini games and stolen stars in other party games, so we decided to make something balanced,” said Jonathan Falkowski, CEO, Whitebox Interactive. “Plus it provides an alibi for typing methlab into Google for when the DEA inevitably raids your place. You’re welcome.” 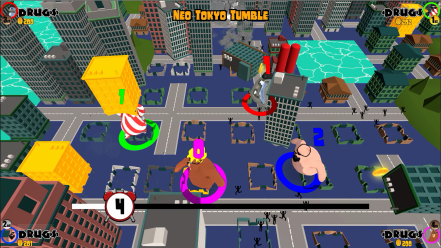 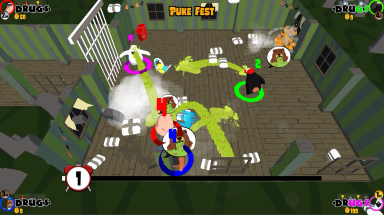 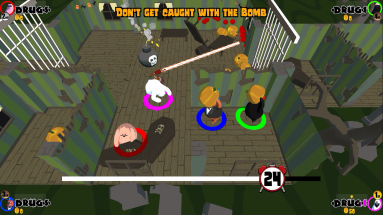 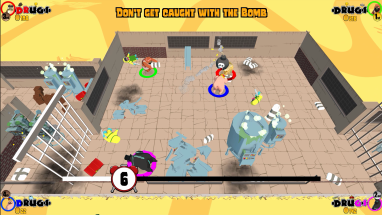 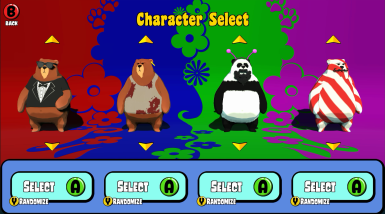 Crazy premises are always an intriguing thing for me, and of course, this is no exception.  I’m definitely interested in seeing more.