First up is Quake Champions. We don’t get much to look at, other than a cinematic trailer. The new entry in this classic franchise will be an arena-based multiplayer shooter , while bringing it to a new generation. However, this entry is very limited, as it is a PC exclusive, but if you are a PC gamer, you can enjoy an unlocked frame rate.

Now for the surprise announcement: Prey. Developed by Arkane Studios, this reimagining of the franchise leans more towards psychological horror. Watch the first trailer below.

Here’s the one that made everyone lose their minds: Skyrim Special Edition. Not only is it coming back in full HD glory, it’s also getting mods. Oh, and it’s out October 28th. Now, if you already own the original version on Steam, guess what? You get the Special Edition for free.

As for games coming out this year, we have but one from Bethesda Softworks: Dishonored II. Arkane Studios showed off all the crazy stuff you can do, like travel through time, as well as focusing on stuff like the ability to  play as either Corvo or Emily, how the missions are designed, and taking a look at the new city, Karnaca.

Not to be outdone, there’s also a Collector’s Edition out that has goodies like Corvo’s mask and Emily’s ring. Furthermore, all preorders of Dishonored II will, for a limited time, receive Dishonored: Definitve Edition at no additional charge, although it is unclear when that check can be cashed, so to speak. 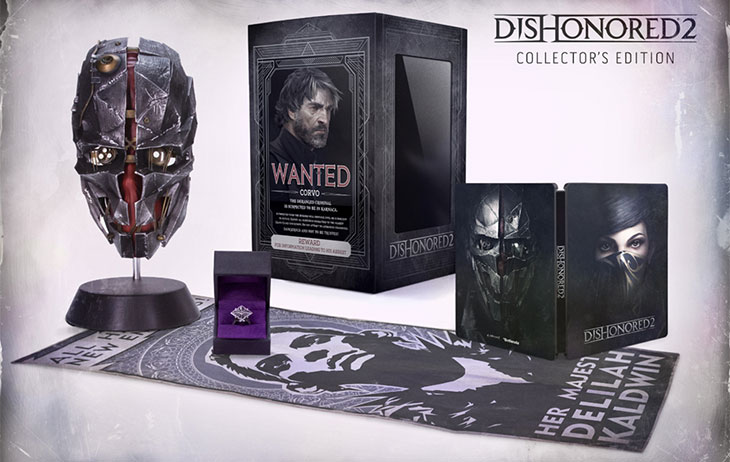 If you like Fallout 4, you’ll be pleased to know that 3 more DLC packs will be available in the next two months. The first is Contraptions Workshop. It’s out next week and will feature items such as track kits, sorting machines, conveyor belts and more. 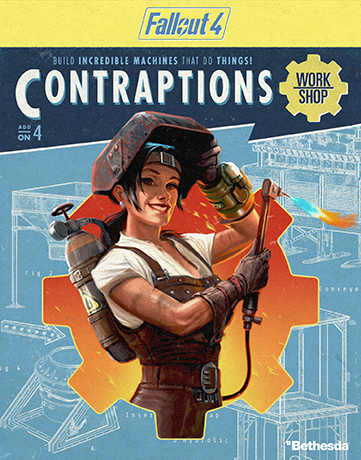 The second DLC is Vault-Tec Workshop, which is exactly as it sounds. You can build your own Vault starting in July.

Then, the last DLC for Fallout 4, Nuka-World. We don’t know exactly what the meat of this DLC is yet, but you can start fending off Raiders in August. 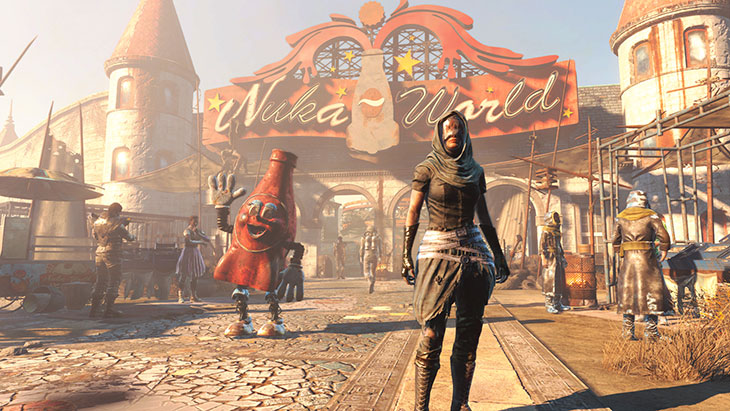 Following rave review, Doom has unveiled that you’ll be able to play the first level of the game by downloading a demo, this week only, a capture-the flag mode called Exodus, a zone control mode called Sector, and a free-for-all mode is coming later. There’s also updates to SnapMap that add new modules, props and functionality. On top of that, Unto The Evil is the game’s first multiplayer map pack and it gives you access to 3 new multiplayer maps, a new scary looking demon, some new armor, taunts, and more. 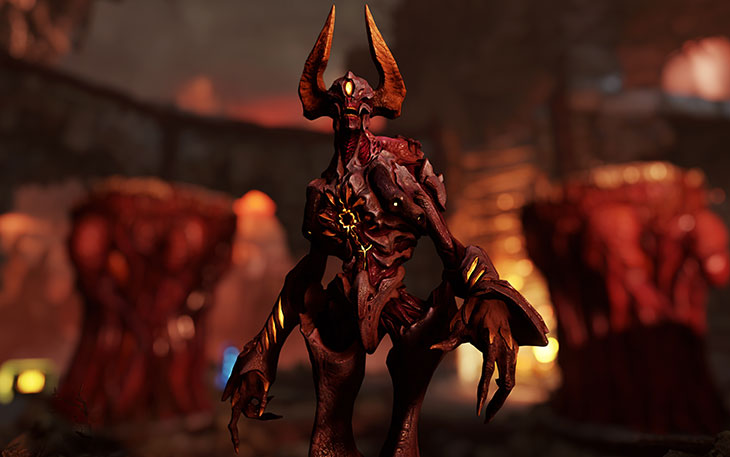 Don’t count your chickens just yet, though, little hen. Bethesda is also working on a fully function VR version of Fallout 4 for release on the HTC Vive sometime in 2017. Doom also has some VR stuff now, but this won’t turn into an actual game, just a tour of Hell.

My Take: I called Quake. I want everyone to know that, okay? I’ve called that since E3 2015. However, I didn’t want it like this. I’m playing Overwatch, and that’s enough for me. As for Prey, you’re goddamn right I lost my mind. It reminds me a lot of a BioShock game mixed with a bit of Dead Space and Soma, all in one delightfully horrific package. Oh, you want me to talk Skyrim? Well, I’ll have to see how that October 28 date holds up after this week, but yeah, I’m excited.

For all things E3, keep a tab on us. Literally!