So, I gotta be honest. Outside of news coverage on the covers of Game Informer magazine and various online gaming news outlets such as IGN and GameSpot, I really don’t know a lot about the Wolfenstein series, much less played it,  unless you count about an hour of Wolfenstein 3D. I was actually pretty interested in the reboot that released in 2009, but I never got around to it, unfortunately.

However, I’ve always been a big fan of the concept of the Wolfenstein series: You play as a B.J. Blazkowicz, a sometimes Jewish, sometimes American spy in the heart of World War II, killing the people who killed his people. It’s a classic tale of revenge born out the Nazi party that effected much of Europe during World War II.

Wolfenstein: The Old Blood is a huge piece of fan service, while also giving newcomers the hunger to play The New Order, which is the 2014 sequel that establishes a new timeline, also developed by MachineGames. However, from what I’ve seen of the two in previews, demos, and just main themes in general, the two could not be more different, with The Old Blood taking place in 1940’s Germany and dealing with Castle Wolfenstein, whereas in The New Order, B.J. wakes up in 1960’s America to find out that the Nazi regime won World War II, and he’s the only one who can set history back on course by doing what he does best: killing Nazis.

The Old Blood was everything I wanted and hoped for in a Wolfenstein game. MachineGames made the weapons feel exactly as if you were holding them in your hands, made you move around in action scenes in meaningful ways, a robust map that encourages wanderlust, and so much more. I mean, they’ve done it. They really have.

Throughout the course of the game, there are 10 weapons you can obtain, and you can’t really miss them, so you get to play with all the gory stuff here. My, oh my, where to start? Well, the weapon I can speak the most about, since it’s my favorite weapon, is the Schockhammer, which is basically a double-barreled shotgun. The cool thing about this weapon, though, is it’s semi-automatic, which means that the shotgun will fire as fast as your trigger finger will allow for, for up to 10 rounds of ammo, which I found to be particularly useful against the enemy that drops it, the Heavy Soldier. 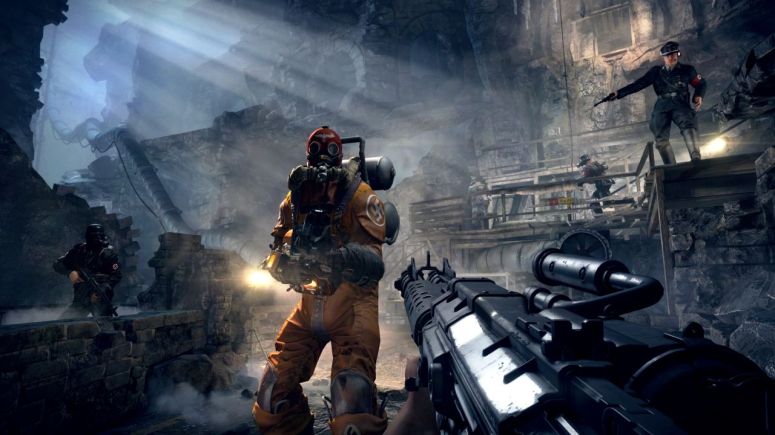 Which also brings me to how the game deals with gun play. It’s fantastic. Even in close-quarters combat, I felt I had the room to either sneak right on by, or go out in a blaze of glory. There are options, you’ve just got to look for them. Yeah, it sucks when that right is occasionally taken away from you, but in the context of the story, it kind of makes sense. Along with the options to avoid conflict or actively participate in it, you also are given great mobility, utilizing strafing moves, shooting from a vantage point, getting out of kill zones, all of that fun stuff feels very natural, which is a nice change of pace from contemporary shooters that have you learn the way they want the game to played, and working within that framework.

Wolfenstein: The Old Blood also has some tricks up its metaphorical sleeve in the Nightmare levels, as well as cool to find journal entries. Normally, in a game as long as this, I’d wave these collectible items off and go on through the story, but it was actually pretty fun to forget about the story for a little bit, searching every nook and cranny for little pieces of Gold, journal entries, and other items to find that actually provide backstory, and in the case of the Nightmare levels, some cool fan service you find along the way.

The game isn’t all sunshine and lollipops, though. After about Act 2, things get crazy when Nazi Zombies come in. I really wish MachineGames had planted these seeds a lot sooner than they did, because I would’ve been fine with it, had I seen it coming or even thought it might happen. How the Zombies come into being is basically a big earthquake. What? That makes no sense to me, other than having a dramatic reveal that actually made me like the game less and less, the more zombies I saw. It felt eerily similar to Call of Duty: Black Ops‘ Nazi Zombie mode, and that doesn’t sit right with me in some strange way, because it feels like everything else in this section, whereas the other two Acts are glorious fan service. It just feels like a bit much to be dealing with this love letter to Wolfenstein fans, and then say…”ZOMBIES”,  because at that point, it stopped being Wolfenstein and started becoming  a mix of Doom and Black Ops, which isn’t a good a combo as it sounds. 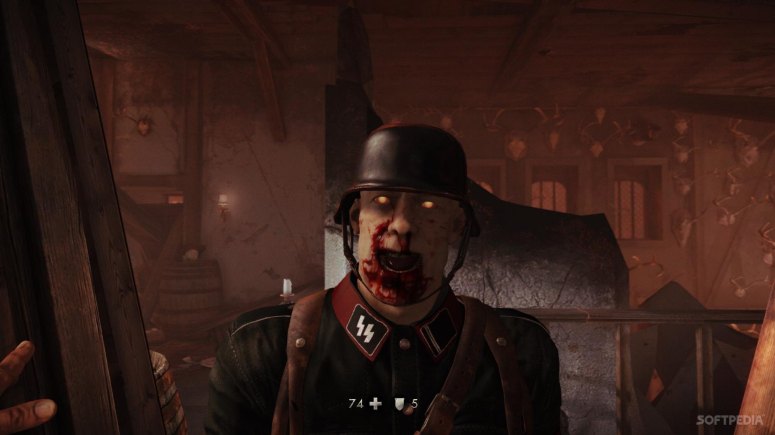