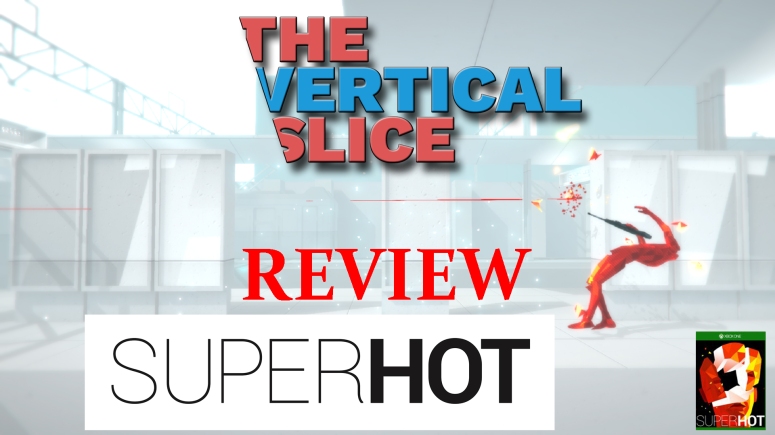 When you think about action movies (or entertainment in general), what is one of the coolest sequences you experience?  If you’re following and playing along here, it’s slow motion, sometimes referred to as “slo-mo” if you’re one of the cool kids who wouldn’t let me sit with them at lunch in school* or threw garbage at me on the bus ride home.**  Anywho…  the whole concept of slow motion game play is nothing new, but I dare say that it has never been taken to this extreme before, nor to these heights. And trust me, those heights?  They’re sky-high.

The Matrix, Max Payne, every cool action movie or game sequence you’ve ever seen.  These are all slow motion darlings.  The difference (perhaps “problem”?) with those things are that the slow motion is a gimmick.  A small piece of the puzzle, that when used, is used well and you get some enjoyment out of it.  With SUPERHOT, slow motion isn’t a puzzle piece, it’s the whole god damn thing.  And it’s glorious.

As I’ve stated above and probably will 400 times throughout this review, slow motion is the main attraction here.  It’s the whole shebang.  It’s the real deal, and it’s SUPER fun.  When you really stop to think about it, having a game based entirely on slow motion game play sounds like it could turn into a disaster.  Thankfully, the team who created SUPERHOT took their time and crafted a well-balanced loop.  As most are probably aware, PC players have been all about this game for a while now, so us console guys are just getting our mitts on it, and I’m so happy they’ve taken this concept to a whole different audience.

When you start-up the game  you immediately notice that it has a very unique look to it.  Right from the first menu throughout the entire game you feel like you’re in an early 1990’s hacker scenario.  A friend hits you up with a message talking about a brand new game that no one is supposed to know about, let alone play, and guess what?  He’s got the access for you.  From there, everything spirals into the crazy and weird journey the main character (you) goes through.  The way everything is presented is something I feel you should experience on your own, so I don’t want to give much away in regards to further story or visual flair. However, I’ll say this, if you’ve ever had the pleasure of using a DOS system, you’ll be at home here.  And as you can see from the screen shots, visually it may look dated or incomplete, but trust me, this is a strength.

The tagline of “time moves only when you move” is somewhat misleading.  True, time definitely speeds up when you move, but, if you stand still, everything still moves, it just moves wicked slowly.  Even slower than V.A.T.S. for you Fallout 4 fans.  Still, the sentiment is there.  You get a small breather when staying still or turning around.  Move the left stick and time (and your enemies) moves swiftly.  You’ll want to find the sweet spot of quick ticks in the direction you want to help get you free, open, and in position to shoot, punch, stab, or throw something at those Red guys.  Linger too long or lose sight of the pack, and it could spell death faster than you’ll realize who or what took you out.

And that’s pretty much all we get here with SUPERHOT.  Normally, I’d say that was a bad thing, but in this case, it’s not.  The game play is ridiculously fun.  It’s smooth in its janky movements.  The graphics may look like something from 20+ years ago, but they work so well in motion, in conjunction with what the game and its story is.  Again, I don’t want to reveal much of anything about the story because it’s something you should see for yourself, but in talking about that, the story and campaign tied to it are my biggest gripes with the game.  Gripes, if I’m being honest, that really don’t detract from the overall enjoyment.

As far as the story goes, it’s a bit too predictable.  Maybe I’m just too smart (I’m not), or I’ve seen and read too much fiction (I have) for things like this to surprise me.  Regardless of figuring out the ending pretty quickly, I was still intrigued throughout.  I was sucked in, just as much as our hacking counterpart.  I didn’t want the rabbit hole we go down to end.  And there lies my second gripe, or nitpick, or whatever you want to call it.  The campaign is pretty short.  True, you’ll likely die over and over, replaying certain levels trying to figure out the puzzle of getting to the right spots to pick guys off while somehow avoiding the ever-growing population of Red dudes spewing buckshot and machine gun bullets around you at all times.  There’s just over 30 levels to slo-mo (I’m cool now!!) your way through, and while I do think there could have been more, it’s not like this is the only thing the SUPERHOT Team has waiting for us.

Once you plow your way through the story, you unlock several more modes to test your patience and skill.  These puzzles, while similar to the base game’s, come with variations and modifiers.  A couple of speed run challenges added to dozens of challenge levels where you can only use certain weapons or tactics.  There are plenty of Challenge stages to play through.  Not to be outdone is Endless mode, where, you guessed it, there is an endless amount of Reds to take down in a variety of arenas to achieve a high score.  It’s not rocket surgery, but it will be just as unforgiving as you’d expect.  These modes breathe life into a game whose story mode isn’t too long.

The game play itself is an easy one to grasp.  Move and everything speeds along with you.  You have to destroy the Red guys any way you can, via punching, melee weapons, or a variety of guns.  Just when you think you’ve got the hang of this unique FPS puzzle game, you’re shot down (literally) and you may end up playing the same level dozens of times.  And to that, this puzzle game passes my personal puzzle game “test” – every time I died, I wanted to immediately get back into the mix.  I never wanted to stop, which, coincidentally, is kind of the manta of the story’s protagonist, too.  Hmmm…  Maybe this isn’t a game I’m playing.  Maybe the game is playing me…

Another area the game shines in is its great replay system that offers a save right after each level, where it saves right to the Xbox, so you don’t have to scramble with telling your Kinect to do it, or fumbling with the button command, either.  And, it only records the match, so you don’t have any excess footage you’d either sit through to get to the good stuff or have to edit out in the editor.  Really forward thinking stuff.  When you watch the replays back you look like a complete bad ass.  Hell, when you’re doing in it slow/fast motion you feel like a bad ass, but when you see it back in fast motion, it showcases just how much of a one man army you really are.  All those times you circled around doing nothing that seemed to take minutes turn into 2 seconds of you getting from one kill to the next.  It’s really well put together.

There’s really not much more I can say about this game.  It’s pretty simple.  Very, in fact.  The simplicity mixed with the interesting setting and graphics have concocted a wonderful combination that I don’t think many people other than the devs or Kickstarter backers even thought possible, and for that we need to commend them.  Innovative is one word you could use, but I think it may be too understated.  Once you get into SUPERHOT you may not want to put it down, and honestly, I think that’s something the creators were striving for.  This game did something to me.  I can’t quite explain it.  Whatever it did, I really hope we get more in the future, because this is definitely something I can see as a series and not a one-off.  As of now, SUPERHOT isn’t just something I yell out when taking a bite of the freshly made pizza I just ordered.  It’s something I’ll yell out when people ask for a fresh new shooter to try 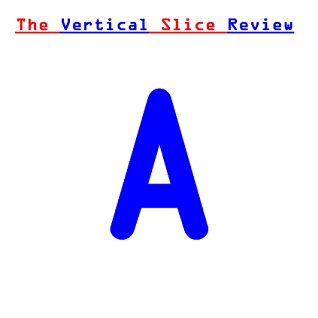 SUPERHOT is available now on Xbox One, Linux, Mac OSX, and PC for $24.99.  A code was provided by the game’s PR team for the purpose of this review.

*I sat at the cool table during lunch at school.  I’m sorry I deceived you.  The cool table was the one by the bathroom that no one but me sat at, right?

**Is it considered garbage if there’s still food in the wrappers?