If you’ve been following Capcom’s Umbrella Corps since it was first announced, you know that they’ve been trickling out information every so often.  Just when you may have forgotten the game existed, Papa Capcom is here to remind you what’s still ahead.  Yesterday, they’ve released a new trailer and (hopefully) a firm release date.

Aside from the recently released Resident Evil 0 HD Remaster in January and Resident Evil 6’s remaster on Xbox One and PlayStation 4 in March, we also have Resident Evil 5 due this Summer and the series’ breakout Resident Evil 4 in the Fall.  Not to be outdone in the game’s 20th anniversary year is a brand new title:  Umbrella Corps.  There have been bits and bobs here and there, and even a release date of January 2016 when the game was first revealed for PC and PlayStation 4. 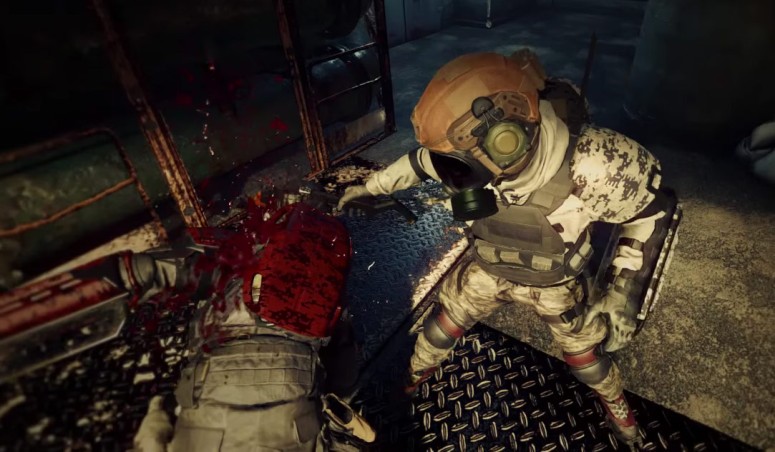 Since then, they’ve gone back on that and now we have a new, seemingly firm date of June 21, 2016.  It’s unknown when the remaster of RE5 will release in the Summer, but I’d guess a few weeks after Umbrella Corps, should this date finally stick.  Either way, the new Mercenary Customization trailer just released shows a healthy amount of merc customizing (naturally), and in the brief minute plus we get here, we see a lot more than you’d think.  As I sit here re-watching this trailer during a rainy day in my little corner of little RI, my hype levels are getting higher with each new trailer Capcom graces us with, but, even with that said, “cautiously optimistic” is still the approach I’m taking.  Debuting at $30 isn’t a bad thing, either.

I get it.  This isn’t the Resident Evil game people want.  Thing is, this isn’t technically a Resident Evil game.  In the US, they have not branded it with that, opting to have it stand on its own as a fast paced online shooter.  Sure, it lives in the same world, and obviously without RE, this wouldn’t exist, but it isn’t throwing the brand around for casual consumption.  If you asked someone not a major fan who the “bad guys” of the RE franchise are, they might not know.  They’d likely say “zombies” or “monsters”.  I’ve seen it before.  Using Umbrella in the title allows it to piggyback on the franchise, but allows it to be its own thing being something casuals who love online shooters can jump into, and major fans like myself to recognize and possibly give a whirl.  Again, I know this isn’t what “real” fans wanted, but I simply say this (something I keep saying and will keep saying until I’m blue in the face or dead):  this isn’t taking away from a new entry.  It’s OK for spin offs like this to exist.  We’re still getting Resident Evil 7.  We’re still getting the Resident Evil 2 REmake we’ve been wanting for over a decade.  Whether Capcom screws those up like many fans believe has been the case since RE4, well, that remains to be seen, but they have expressed that they’ve heard “real” fans and their displeasure of recent entries.  Right now, all we can do is wait and see.  Peep the trailer below and let us know in the comments if you’re looking forward to this game, even though I can already tell vitriol is likely about to be spewed…

Click the titles below to check out our other Umbrella Corps news articles for more info if you missed out: