Ask (and ask, and ask, and ask…) and ye shall receive.  This isn’t a new start from me, and maybe it won’t be the last, either.  Sure, this isn’t the RE2 REmake scenario, that of which fans of Resident Evil had been asking for a RE2 done in the style of the original’s REmake for over a decade, but ever since the announcement of a Season Pass from Bethesda and the revelation that “even they didn’t know what it consisted of”, fans of the wasteland have been asking all who have any ties to the franchise what they’d be getting with their $30 good faith investment.  After 4 months, we finally have real, concrete info.

Today, Bethesda posted on their site a bevy of info on their current plans for Fallout 4 in the coming months, much to frothing fans’ delight.  Starting in March, we have – at the very least – 3 pieces of that Season Pass to look forward to.

In the aforementioned March time frame, our first bit of DLC is the Automatron.  Here’s how Bethesda describes it, “The mysterious Mechanist has unleashed a horde of evil robots into the Commonwealth, including the devious Robobrain. Hunt them down and harvest their parts to build and mod your own custom robot companions. Choose from hundreds of mods; mixing limbs, armor, abilities, and weapons like the all-new lightning chain gun. Even customize their paint schemes and choose their voices!”

I’ve seen a few places speaking about this announcement today and no one has mentioned the fact that we’ve (presumably) encountered The Mechanist before.  Veterans of Fallout 3 will no doubt remember his run in with the AntAgonizer in the town of Canterbury Commons, where you would receive the quest of The Superhuman Gambit.  As in most Fallout games, you had a choice on how you wanted that quest to end, and one of the ways would be to shut down his operation and get him to retire.  Could this be him, 10 years later, now in the Northeast picking back up the mantel?  I’d have to guess so, because I doubt Bethesda would take that name and not have it be in any relation to their previous work, considering their clear choices for NPCs in Fallout 4.  For $10, I’m expecting this to be on par with their previous offerings in 3. 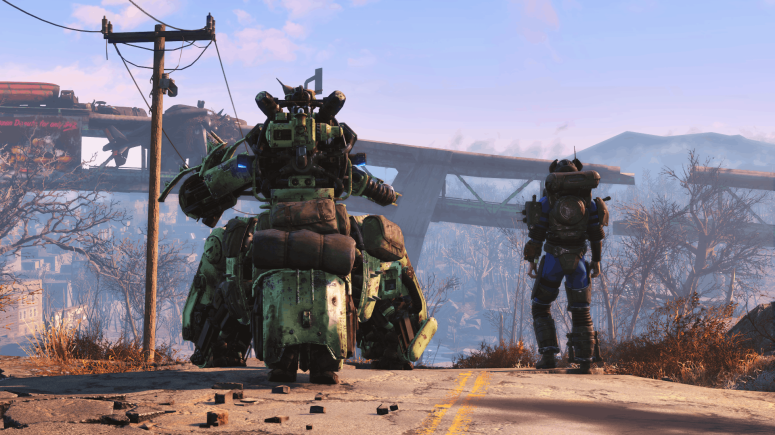 For all the people who have been disappointed with the enemy robobrains being absent from the Commonwealth, you now have less reason to sulk.  They’re (apparently) back!!  Whether the Robobrain mentioned is an army of them, or a specific one off “boss-type” enemy remains to be seen, but let’s be optimistic for now.  Out of the 3 detailed, this is my 2nd most anticipated.  Assuming this is Scott Wollinski from Fallout 3, I don’t know how excited I am to see him again.  I enjoyed the quest in 3, no doubt, but that’s where it ended for me.  If they can make a compelling reason for him to be back, great, I’m all for it, but I was already kind of annoyed with how much of 3 was present in this game.  Of course, I never expected nothing to carry over to the sequel, but I just wanted less.  I wouldn’t doubt me being in the minority on that, but it’s still how I felt.  As for what this seems to offer, it doesn’t look to be (to me at least) anything major.  I hope they have a story quest line for this and it’s not just, “oh, no, an evil villain has unleashed deadly robots on Boston” where you’re just running around defeating enemies and gathering parts and junk to create your own robot companion.  If that were the case, of course I’m going to play the hell out of it, but I would be disappointed for sure.  I don’t need a new area for this, but I would like a fleshed out story line and real reason to have this be here.  Dialogue, interactions, PURPOSE.  To just toss in enemies and tell us to make our own robots, well, that would be lazy to me.  I want major story content with this.  Still, optimism is where I am currently. 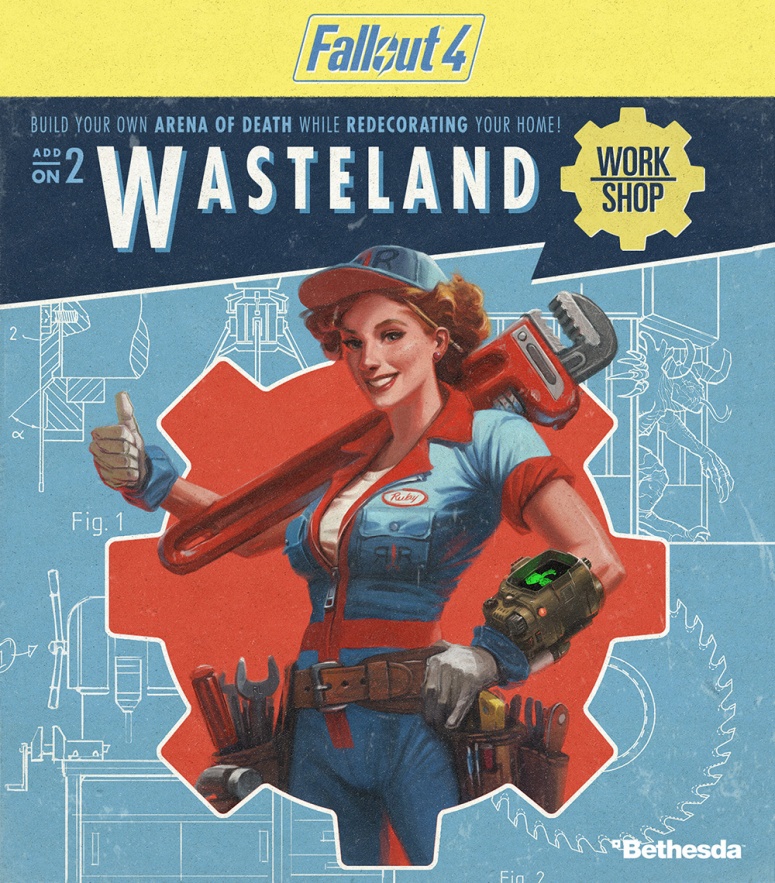 Next up, in April, we have the Wasteland Workshop.  Bethesda once again says, “With the Wasteland Workshop, design and set cages to capture live creatures – from raiders to Deathclaws! Tame them or have them face off in battle, even against your fellow settlers. The Wasteland Workshop also includes a suite of new design options for your settlements like nixie tube lighting, letter kits, taxidermy and more!”

If you know me or have paid any attention to what I’ve been saying since E3 of last year, I’m sure you already know where this ranks on my anticipation list:  dead last.  I never wanted settlements to begin with, and while I always knew there would be DLC dedicated to adding more to them, I was really just hoping something like this would be in free updates and not as part of the Season Pass.  Hope, that I knew would be only that.  At its base price, $5, this doesn’t seem to be major at all, and I’m guessing there will be no story elements to it, or if there are, they are very minor.

If you’ve ever ventured into the Combat Zone and wondered why there’s almost no reason to have it exist, this DLC may bring up thoughts of stripping that down just for this.  True or not, this sounds like – based off their description and artwork – they took the crux of that area and cut it out to put in an add on, but more fleshed out.  Now, you may be thinking, “great, take something out and make it work better”, but I counter with the simple fact that we could have had both.  Why feel the need to take that section out if all you’re doing is (presumably) allowing us to do that at Sanctuary?  Why couldn’t we have both?  Combat Zone in the base game works as expected it should have, and this DLC adds the ability to stage your own at, say, Abernathy Farm and includes the resources to capture raiders, mole rats, bloodbugs, etc. to fight it out as well.  It just doesn’t seem right to me, in every sense of the phrase.  But, again, Bethesda hasn’t disappointed me before with their DLC, so, you guessed it:  optimism!!

And finally (for now), in May, the pièce de résistance:  Far Harbor.  This is where our biggest excitement and enjoyment is going to be had.  The details?  “A new case from Valentine’s Detective Agency leads you on a search for a young woman and a secret colony of synths. Travel off the coast of Maine to the mysterious island of Far Harbor, where higher levels of radiation have created a more feral world. Navigate through the growing conflict between the synths, the Children of Atom, and the local townspeople. Will you work towards bringing peace to Far Harbor, and at what cost? Far Harbor features the largest landmass for an add-on that we’ve ever created, filled with new faction quests, settlements, lethal creatures and dungeons. Become more powerful with new, higher-level armor and weapons. The choices are all yours.”

This has me super excited and nervous all at the same time.  This sounds to me that this is their Point Lookout for Fallout 4, which won’t get many complaints from those in the know.  Point Lookout was a great addition to 3, took you to a new, large area to explore, and was acclaimed from just about everyone who played it.   Just about everything they’ve described above sounds intriguing:  a secret colony, a new, large island in New England (Maine) to explore, more factions, enemies, and items.  What could I be nervous about?  Well, for starters, the fact that “higher levels of radiation” are a selling point.  I loved the Glowing Sea area.  It was scary and sadly beautiful all at the same time.  However, the wording here makes it seem like it could make a reappearance in Far Harbor.  Especially with the Children of Atom being a focus.  I kind of expected at least one add on would feature this group after the story encounter with them in the base game and knowing what this group is all about, it feels like it’s there’s going to be a retread of that area in this.  I would rather that stay with Boston and the base game.  It was new and interesting, and while I’m not saying we should never visit an impact zone in another Fallout, I think so soon after getting this taste is the wrong move.  It could lose its memorability and significance.  Of course, this is just speculation, so, I could be worried for nothing. 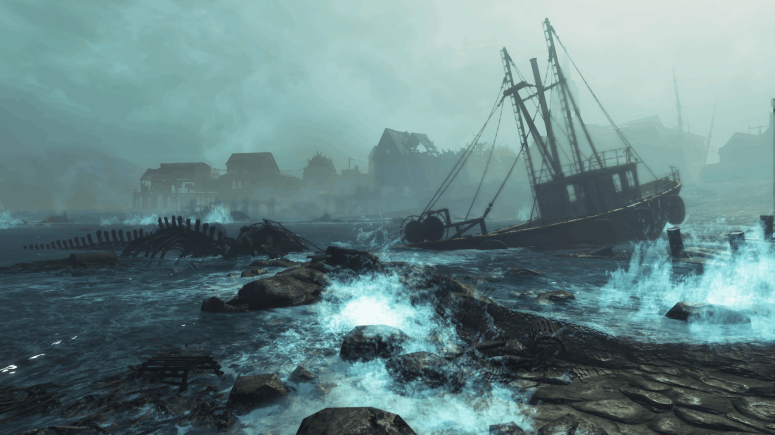 Another thing that has me a bit nervous is the synth component, pun not intended.  I’m not a fan of synths if I’m being honest, and having it be such a huge part of 4 (really, the entire reason for 4), I was hoping that we could put them on the back burner for a little while.  Obviously I never would expect to have them be gone completely, but to once again focus on them, I was just hoping for something a little fresher.  Maybe I’m being too critical, but, unfortunately, it’s who I am.  We know nothing other than the tiny synopsis they’ve given, but we all love to speculate and over-analyze, right?  RIGHT?

I have no doubt this will deliver, and I’m super excited for it.  This is exactly what we’re all looking for with Fallout DLC and May can’t come soon enough.  I would have loved for the first piece of substantial DLC to be in Rhode Island, for selfish as well as altruistic reasons.  The Lovecraft influence they could place on a RI-based DLC would be really cool.  The Witchcraft museum was a fun little diversion in the base game.  Imagine that for an entire section a la Point Lookout and the Dunwich Building and all those entailed?  I hope going forward we can get something like this next. 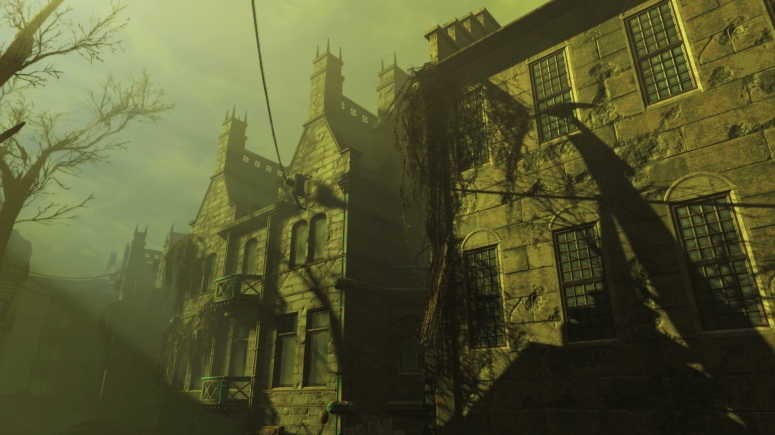 So with this big announcement today also comes some good and bad news.  The bad news?  That S.P.E.C.I.A.L. price of $30 for the Season Pass is going up to $50 on March 1, 2016.  The good news?  As of right now you still have 13 days to lock in the savings as they say.  So if you haven’t already taken that leap of faith, now that you have some of the details, this is the time to do it if you want to save as many bottle caps as you can.  Dying Light did this with their Season Pass once they realized their final piece “The Following” was much bigger than they originally planned, going from $20 to $30, and a warning to buy now to save even more.  As an owner of that particular Pass, I can say it is worth it for what you get, and again, keeping the optimism theme going, we can assume Bethesda will answer the call, too.  I just hope that 1 – this wasn’t their plan all along and they really did realize that they were going much bigger than they thoughts, and 2 – this isn’t a trend in gaming where you give one price with the intention of raising it after you get the early adopters to buy in.  This is a slippery slope that we’re on right now, and I hope we can keep our footing going forward.  But, for now, we’re getting more Fallout 4, and that’s all we really wanted anyway.

There is plenty of other info that I didn’t touch on here that you’re probably looking forward to knowing, so I do recommend reading this to see everything they have to tell us.  Not the least of which is beta testing for this content.  They’re looking for all platforms, and this is your chance to help them out.