What a week for games. We’ve got Dying Light: The Following, Firewatch,  and Unravel.

Dying Light: The Following lets you experience the untold chapter of Kyle Crane’s story set in a vast region outside the city of Harran. Leave the urban area behind and explore a dangerous countryside packed with mysterious characters, deadly new weapons, and unexpected quests. Gain the trust of the locals and infiltrate a centuries-old cult that hides a dangerous secret. Take the wheel of a fully customizable dirt buggy, smear your tires with zombie blood, and experience Dying Light’s creative brutality in high gear.

Firewatch is a mystery set in the Wyoming wilderness, where your only emotional lifeline is the person on the other end of a handheld radio. Read our review here.

Unravel introduces Yarny, a new, lovable and endearing character made from a single thread of yarn, that slowly unravels as you move.  Inspired by the unique and breath-taking environments of Northern Scandinavia, Unravel is a visually stunning, physics-based puzzle platformer. Using yarn to Swing from tree branch to tree branch or hitch a ride on a flying kite, no feat is too big. Yarny is brought to life as the representation of the ties that bind loved-ones together.  Embark with Yarny on a seemingly larger than life adventure to reconnect the long-lost memories of a family. Told completely without words, experience an exciting and heartfelt story about love, hope and the journey of life.

An exciting collaboration between The Heroic Legend of Arslan anime and the action-infused Warriors series! The exhilaration of plowing through large armies has been fused together with the charm and style of the world crafted in the anime. Experience the grand historical fantasy of Arslan.

Follow three legendary Assassins in their journeys of revenge, retribution, and redemption in a stunning reimagining of the Assassin’s Creed universe. Slay from the shadows, master the art of parkour, and take the leap of faith in this series of action-adventure platform games presented as a collection of spectacular living paintings.

Russia, 1918. Nikolai Orelov wants to leave with his family, but is required to perform one last mission for the Assassin Order: infiltrate the house where the tsar’s family is being held by the Bolsheviks and steal an artifact that has been fought over by Assassins and Templars for centuries. Along the way, he witnesses the massacre of the tsar’s children, but manages to save the princess, Anastasia. He must escape the Templars while protecting the artifact and Anastasia. 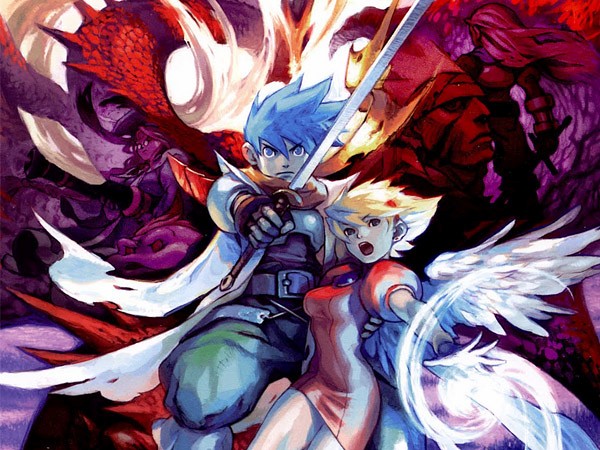 The legendary RPG series Breath of Fire returns with tales of long forgotten worlds, intrepid heroes, and ancient, mystical powers. A destiny awaits you. A small boy on the run. A dragon reborn in flames… The last of an extinct race, with mighty powers.

Experience the untold chapter of Kyle Crane’s story set in a vast region outside the city of Harran. Leave the urban area behind and explore a dangerous countryside packed with mysterious characters, deadly new weapons, and unexpected quests. Gain the trust of the locals and infiltrate a centuries-old cult that hides a dangerous secret. Take the wheel of a fully customizable dirt buggy, smear your tires with zombie blood, and experience Dying Light’s creative brutality in high gear.

The year is 1989. You are a man named Henry who has retreated from your messy life to work as a fire lookout in the Wyoming wilderness. Perched high atop a mountain, it’s your job to look for smoke and keep the wilderness safe. An especially hot, dry summer has everyone on edge. Your supervisor, a woman named Delilah, is available to you at all times over a small, handheld radio—your only contact with the world you’ve left behind. But when something strange draws you out of your lookout tower and into the world, you’ll explore a wild and unknown environment, facing questions and making choices that can build or destroy the only meaningful relationship you have.

Play the beginning. The HITMAN Beta is set at a top secret recruitment and training facility and revolves around how Agent 47 joined the ICA.

Gary is an office worker who oversleeps after a drunken night out on the town. Here’s where it gets tricky, because this isn’t the first time Gary’s been late for work, and he could be fired if he’s spotted arriving at his desk after everyone else yet again. So he’ll have to prove he’s smart and sneaky enough to make his way up all the 22 floors to his office.

Explore a neon galaxy in your very own battleship in LOVERS IN A DANGEROUS SPACETIME, a thrilling 1- or 2-player couch co-op adventure. Take control of turrets, lasers, shields and thrusters, using teamwork to triumph over the evil forces of Anti-Love. Deep space is a dangerous place, but you don’t have to face it alone!

You are MOP, a curious and unique model of robot. You have been engineered using simple parts with one single objective: To clean up a polluted environment. Explore five challenging worlds with 50 difficult missions full of pixel-perfect platforming fun. Ordinary trash items have mutated into ugly creatures due to contact with radioactive and malignant substances. The foul odor is polluting and contaminating what remains. To save the world you must sweep the area for trash and run, jump, swim and slide your way through each world, destroying enemies and obstacles blocking your path. Levels contain surprises, traps and hidden areas to discover. Be sure to watch out for the grumpy bears, electric toasters, zombie turtles and even mutated socks trying to get you!

In NARUTO SHIPPUDEN™: Ultimate Ninja® STORM 4, a broad set of Ninja Skills will be yours to use against the fiercest foes you’ll ever encounter. Massive attacks in the form of secret techniques, energetic evolutions with the “Awakening”, the inimitable shurikens & kunais and a unique playstyle for each ninja!

Adventurers will begin their descent by starting the questline written by acclaimed author R.A. Salvatore where they’ll team up with characters such as Bruenor Battlehammer and Drizzt Do’Urden! After completion, head into the hub town of Mantol-Derith to begin the fight against the demons. R.A. Salvatore’s characters may also make appearances in the new Demonic Heroic Encounters!

Clash on the battlefields of tomorrow and choose your hero from a diverse cast of soldiers, scientists, adventurers, and oddities. Bend time, defy physics, and unleash an array of extraordinary powers and weapons. Engage your enemies in iconic locations from around the globe in the ultimate team-based shooter. Take your place in Overwatch. The world needs heroes.

Siralim is a deep, monster capture RPG where you can summon and customize hundreds of creatures to fight by your side. You’ll need these creatures to help you travel through randomly-generated dungeons and complete randomized quests.

Unravel introduces Yarny, a new, lovable and endearing character made from a single thread of yarn, that slowly unravels as you move. Inspired by the unique and breath-taking environments of Northern Scandinavia, Unravel is a visually stunning, physics-based puzzle platformer.

We Are Doomed is a twin-stick shooter where you zap polygon baddies with an absurdly overpowered laserbeam. Dive head-first into the action with reckless ambition, charge the Superbeam, and zap everything out of existence in an instant.