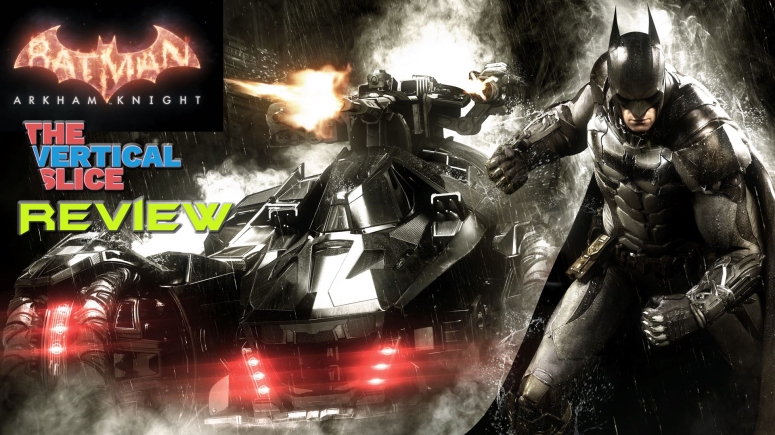 Don’t give in to your darkest fears.

It’s no secret that I love what Rocksteady has done with Batman. I have sang its praises up and down the mountaintops, defended Arkham Origins and its 2.5D counterpart Arkham Origins Blackgate.

Arkham Knight is no different.

Arkham Knight picks up a few months after the events of Arkham City and brings to an end The Clown Prince’s reign of the citizens of Gotham City.Now, there’s a new threat. Scarecrow AKA Jonathan Crane, who is threatening to disperse his “fear toxin” across all of Gotham City, if its citizens do not run.

The once-great Gotham is now flooded with assortments of thugs, hoodlums and general bad dudes that are hired onto a crew specific to one supervillain (Penguin, Two-Face, Riddler) and it’s up to The Dark Knight to stop their assault on his city.

Arkham Knight is very much about a fight for the city of Gotham. Batman soars the skies, barrels down the road in his Batmobile, all the while carefully regaining control of Gotham City, which is roughly about the five times the size of Arkham City.

However, the gameplay is largely the same since Arkham Asylum, in a general way: you are Batman, hunting for clues, while grabbing upgrades to the many gadgets in Bats’ utility belt and getting closer to the big bad behind it all. Somehow, though, this refines the formula into what turns out to be a more fluid Batman game.

If that sounds boring, don’t worry, Batman will still beat the living daylights out of some dudes. While the moves are generally the same, you get new moves like the Fear Multi-Takedown early on in Arkham Knight and completely changes the game. No longer do you have to wait until two dudes are by themselves, you can now take down five in the span of about 15 seconds.

Batman has also gotten more brutal in this respect. He’ll pick up a baseball bat and crack it over their skull, chop a ceiling light off and slam it into someone, or just pummel them to the ground.

New to the fight is the availability to do a Dual Team Takedown or a Batmobile Takedown, available when Robin, Catwoman and Nightwing are in the same room. You can even play as the aforementioned characters and each has their own type of movement, skill set, and gadgets.

The Batmobile is also a vital part of the game and can be summoned at the press of the left shoulder button, which you can drop directly into from the rooftops of Gotham.

At the start of the game, even into the late hours of Arkham Knight, I was not a big fan of the Batmobile, but it gets better when it’s used as another gadget instead of a super speedy tank car. If you’re bored with the streets of Gotham, take to the skies.

My biggest problem with the Batmobile is the car combat sections. Batman just doesn’t do anything like this in any comic, manned or unmanned. If I want car combat, I’ll dig up my PlayStation 1 and play Twisted Metal Black.

That actually seems to be my main problem with Arkham Knight, when I think back on it. While I love being Batman, I actually had to stop and pause the game at a particularly nasty section that had Batman torturing a relatively innocent person for information on the Arkham Knight. I feel like I shouldn’t have to bring this up to a developer who so clearly understands Batman.

Arkham Knight also marked a first check mark that I didn’t even think about: being The World’s Greatest Detective. Sometimes to progress, you’ll have to look for points of contact, which provide fingerprints or look for something hidden in a specific place.

I felt like I was actually Batman and that’s nothing short of commendable. While I was traveling through the skies of Gotham, a prompt would come up for a nearby mission, which is really smart. Alfred gives you a short debrief before each of these missions, which gives the mission a sense of importance rather than just being another tick mark on the 100% checklist.

When looking for a new mission, Batman has to actually perch himself on a rooftop and look in the general area that the person was last seen, instead of being served up an objective on a silver platter. It makes the process of completing these side stories more organic and makes Gotham feel like a living, breathing city.

Yes, you’ll notice a lack of story details and that’s on purpose. Arkham Knight‘s story is one to be experienced, so go out and buy this game, especially if you are a Batfan. 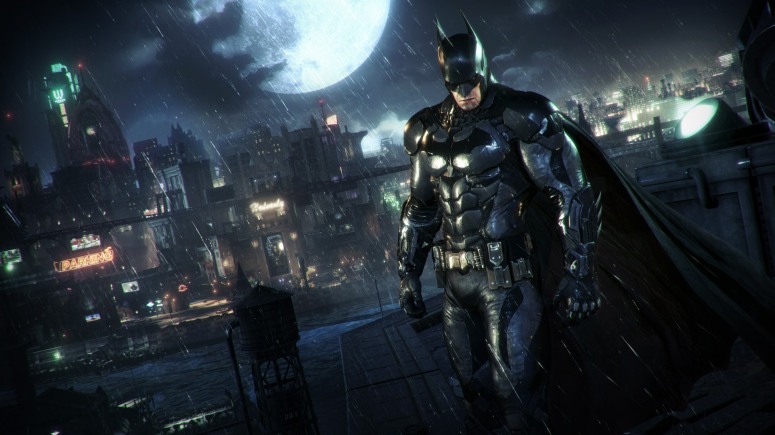